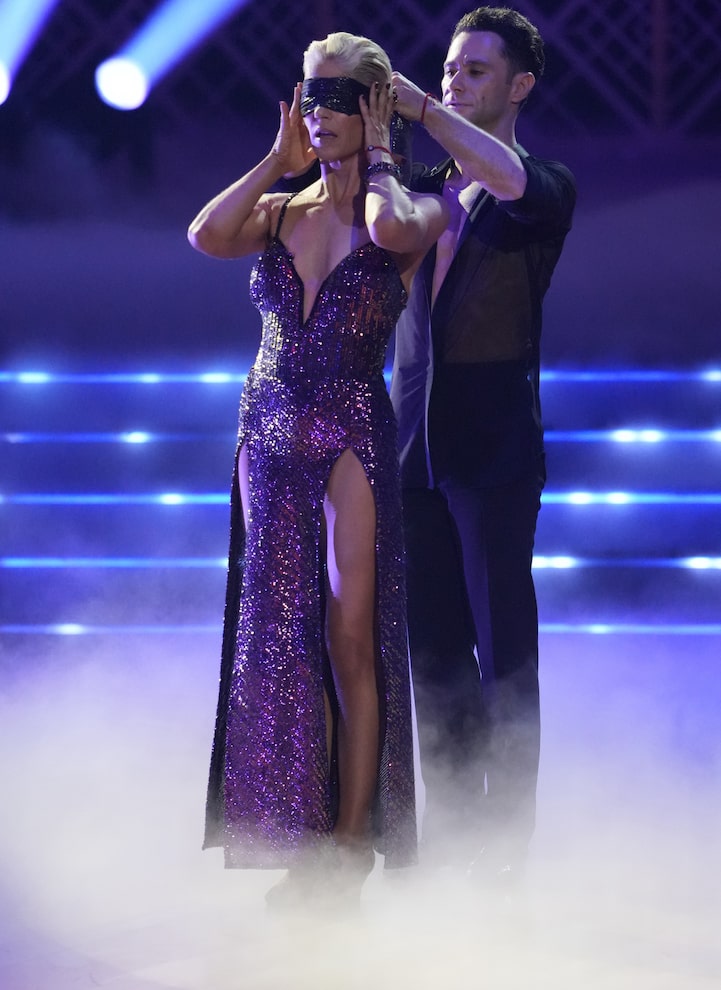 Selma Blair continues to raise the bar as she battles for the Mirrorball Trophy on “Dancing with the Stars.”

“Extra’s” Melvin Robert was with Selma and dance partner Sasha Farber after they danced the rumba on Bond Night with Blair blindfolded!

Selma explained, “That was actually the genius of Sasha… This is important for me and for the people that are in similar boats to me… You know neurologically, or just doing something totally new, that it's so important to think outside the box, and I commend Sasha so much because in the past couple years, I've really gotten to know the disability community very well and I very much consider myself an ally, but I'm in this process,, too of figuring out how to gain strength and more coordination and stamina, and it's just such a pleasure to find a partner that does that for me.”

She went on, “The blindfold was really to cut out a lot of extrasensory noise that really, you know, brings about a lot of kind of MS-like pseudo flare symptoms, something that never happened when I was acting, but now it's much easier for me to shut my eyes so I can have clear speech or concentrate on things.”

Melvin asked, “So it's because more sensory overload when dancing than it is when you're just communicating with somebody as an actress?”

She nodded and said, “Yep,” and Sasha added, “When you take away a feeling, the others heighten and some I found like in the few weeks that we've been doing this… She closes her eyes when there's a flare-up… so I feel like she feels

comfortable when her eyes are closed, and I remember putting the blindfold on and telling her and she's like, ‘Are you crazy?’ but then at the same time she got all these goosebumps...”

Selma revealed, “I felt much more, like, in my body, and it is an adjustment the real darkness on the stage can be disorienting but his choreography, you know, he keeps me really close.”

Next week is Disney week. Sasha shared, “This journey for me personally is, I feel like I'm on Selma's journey and it's a dream come true for me because this creativity, you know, it all comes from her, you know? She's the one that inspires me and it makes ideas come so easy and I'm very excited about Disney Week and I feel like again she's going to push those boundaries and that's what this game is all about. I feel like this competition to me isn't about the trophy and the scores. The critiques, yes, because like I love hearing feedback… but it's about seeing Selma grow.” 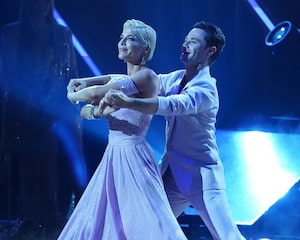 Selma said, “I'm so earnest about it, but this is really powerful to me… I got in a, like, a kind of a big moment of, you know, fatigue and just, you know, I just have to cry sometimes and you hit something… and that's okay and you just, sometimes things can just feel yucky and uncomfortable… It’s always a growing experience.”

Sasha jumped in, “When she has these moments… she doesn't see what I see, sometimes, and I look at her and I think ‘Selma, I think you need to remember who you are. You are Selma Blair.’”

Selma got emotional, and Sasha told her, “You have achieved so much. I mean, I think it's phenomenal.”

Blair said, “I don’t think I ever felt like that, but you realize it with perspective. Yeah, I have been around a while, and it’s been a little hard and it’s been great. Just to have this now, it's really beautiful.” 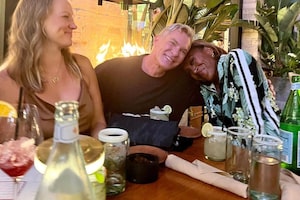 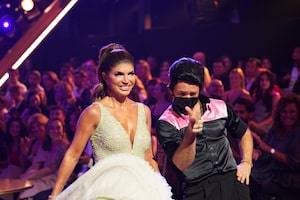 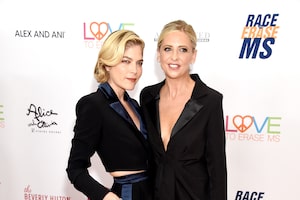