Melanie Chisholm, best known as the Spice Girls’ Mel C or Sporty Spice, is opening up about her life — the good and the bad — in her memoir “The Sporty One.”

“Extra’s” Terri Seymour spoke with the singer about the ups and downs.

Mel C told Terri, “I’ve absolutely lived my wildest dreams and fantasies, but there are pitfalls.”

Those pitfalls include dealing with intense fame and the British media, who criticized Mel’s looks and weight.

Terri said, “Being so young and growing up, the press were hard on you… What was that like to deal with?”

Mel said, “It was hideous… It’s shocking when you look back. The language that was used around women at that time was really shocking. That was hard as a young person.”

Mel revealed details about her eating disorder and depression, saying, “I became very self-conscious about my body image and I was being more and more restrictive with my diet. I was exercising more and it did get to a point where it got out of control and I was very unwell… It was around the millennium, 2000, when I couldn’t cope anymore. I was actually really scared… At this point, I developed binge-eating disorder… And that's when I first sought professional help and I was diagnosed with depression. It was a huge relief to me.”

Chisholm added, “And it was a long road to recovery. And I think it's an ongoing process. Anybody who, unfortunately, finds themself in that situation, you always have to be mindful to really look after yourself.”

Terri asked, “Did you speak to the girls about it?”

Mel said, “I didn't even admit it to myself. I was very much in denial. I was ashamed of what I was doing… The things I was suffering with altered my appearance… People did show concerns — I wasn’t ready to talk.”

She went on, “I was very fearful. I had very, very dark thoughts.”

That led Terri to ask, “When would you say you were at your lowest point?”

Melanie shared, “It was 2000… I was going out there performing as a solo artist… I was falling apart, I was burnt out… Being bullied by the U.K. tabloid media… I continued to work… I'd be on the floor in my dressing room and in tears. I used to have this joke that you switch the switch and I would flip the switch and be all smiles, but inside I was broken.”

Mel C and the Spice Girls are still in touch, and fans are waiting for the whole group to reunite.

The star said, “We don't see each other as much as we'd like… But we stay in touch and we're always talking about opportunities and trying to get everyone back onstage together… We’re celebrating 25 years.”

She went on, “In my heart of hearts, I want to get back onstage… So me and Mel B are championing and we’re all talking and trying to make that happen.”

That includes Posh Spice, Victoria Beckham, who turned down their 2019 reunion tour.

Mel revealed they are trying to convince her.

“We're always working on her. It's like… ‘No pressure. But the world wants it.’ We hope… I can’t give a time frame… It is something we want to do… We are trying to push through. At the moment, Victoria is in the wings. She is always involved creatively. We want her to be happy. It is our dream to get her back.”

Terri asked if the girls have a fun group chat, and Mel revealed, “We have various group chats. Some of them are fun and some of them are wonky. And then we have the ones with certain people missing so we go... ‘Can you believe she did that?’”

So what is next for Mel C? “I've been deejaying for a few years, which I've really enjoyed. And hopefully — fingers crossed — more Spice Girl shows.”

“The Sporty One: My Life as a Spice Girl” is available now. 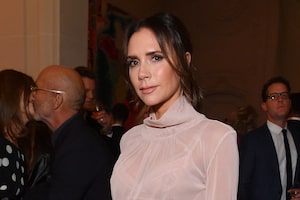 Victoria Beckham on Why She Passed on the Spice Girls Reunion 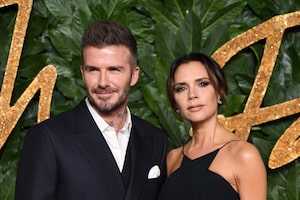 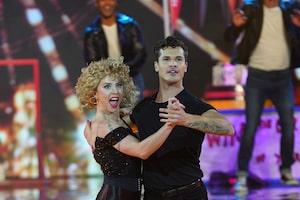