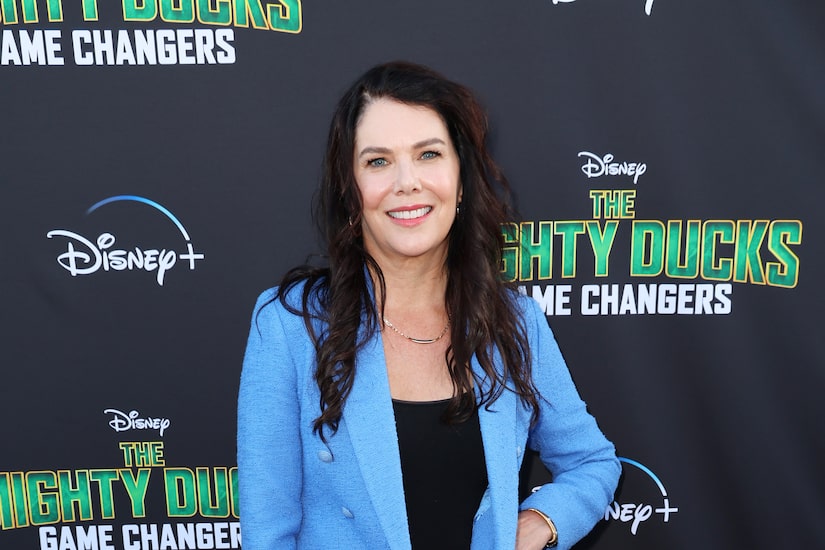 Lauren Graham is promoting the new season of “Mighty Ducks: Game Changers,” but she’s also weighing in on the possibility of reprising her “Gilmore Girls” role.

“Extra’s” Katie Krause spoke with Lauren, who would do more “Gilmore Girls” in a heartbeat if the story was right.

Of the beloved show, Graham noted, “It’s such an importance piece of my life, of my work, of my friendships. It just means so much to me that I don’t know if it’s better to keep it going or leave it where it is because people are still rewatching the original. There’s even gonna be another generation of people who have expectations… It means so much to me that people continue to be so devoted and kind about it and to find joy in that… I feel so thankful, so I don’t know what its future is.”

Josh also spilled on his recent wedding to Audra Mai, revealing they wrote their own vows.

While he said it was a beautiful wedding, Josh admitted that he had a “pretty rocky beginning that morning” before the big day. He explained, “The night before, we had a blast, we had a big rehearsal dinner, we had a band, got the party bus afterwards. I tried to crowd surf and threw my back out... The next morning, I could not get out of bed, and when I did, I couldn't stand up.” 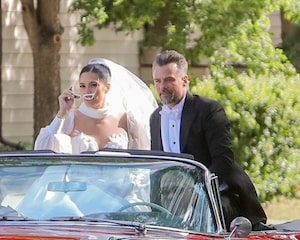 Duhamel ended up going to the emergency room and left with medicine. He said, “I was fine the rest of the day. I was able to walk, I was dancing that night at the wedding, and then the next morning — same thing, I couldn't get out of bed. I'm still nursing and I got ice right here.”

Josh also opened up about how being a dad to son Axl helped him prepare for his role on “Mighty Ducks: Game Changers.”

He joked, “I truly am very immature. I am a kid and I’m not afraid to admit it.”

Josh then said, “As far as me being a father, it did really help me in in that, although my son is only nine, these kids are several years older, I can understand a lot of what they're going through, both on and off the screen and it helped me sort of really dig in… It's a difficult thing being a parent and I'm still learning how to do it every day.”

Duhamel grew up watching the “Mighty Ducks” as a kid. He noted, “I think part of the reason why I loved it so much was because it was right next door in Minnesota… I played a lot of hockey growing up, so that it felt close to me in a lot of ways, I never thought that I would get a chance to be a part of the, you know, the franchise and, and put the hockey skates back on after 30-plus years.”

Josh admitted it was "rough" for him to get back on the ice. He said, "I literally threw up after five minutes on the ice the first time out there because I was trying so hard and I was using muscles that I hadn't used for years."

Both Josh and Lauren are hoping for a Joshua Jackson cameo! Joshua was one of the stars of the original franchise.