Katie Couric is opening up about her battle with breast cancer.

She posted a message on Instagram early Wednesday, revealing the news.

The former “Today” co-host wrote, “Every two minutes, a woman is diagnosed with breast cancer in the United States. On June 21st, I became one of them. As we approach #BreastCancerAwarenessMonth, I wanted to share my personal story with you all and encourage you to get screened and understand that you may fall into a category of women who needs more than a mammogram.”

She shared further details on her website with a personal essay, recalling she was behind on getting a mammogram. Couric wrote, “I’m normally vigilant, bordering on neurotic, about taking care of my health, especially after my husband Jay died of colon cancer in 1998.” 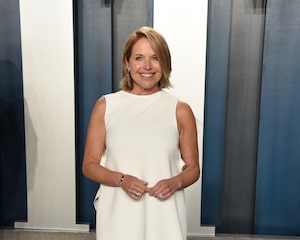 When doctors told her the news, she said, “I felt sick and the room started to spin. I was in the middle of an open office, so I walked to a corner and spoke quietly, my mouth unable to keep up with the questions swirling in my head.”

She started to wonder, “What does this mean? Will I need a mastectomy? Will I need chemo? What will the next weeks, months, even years look like?”

Katie started seeing Dr. Lisa Newman at NewYork-Presbyterian/Weill Cornell Medical Center, who told her, “Your tumor is hormone receptor-positive, Her2neu-negative and highly treatable, particularly if it was detected early.”

Couric said her treatment included a lumpectomy, followed by radiation and medication, including an “aromatase inhibitor” for five years.

She told her daughters Ellie and Carrie a few days after the diagnosis.

“I FaceTimed each of them. I tried to be as reassuring as Dr. Newman,” she said. “Their faces froze in disbelief. Then shock. Then they began to cry. ‘Don’t worry,’ I told Carrie then Ellie, ‘I’m going to be fine,’ trying to convince myself as well as them.”

Katie underwent surgery July 14. She shared, “The pathology came back a few weeks later. Thankfully, my lymph nodes were clean. But the tumor was bigger than they expected: 2.5 centimeters, roughly the size of an olive.” She added that the “staging” was 1A and Oncotype, which measures the likeliness of the cancer returning, was 19, meaning she wouldn’t need chemotherapy.

Couric started radiation September 7 and had her final round this week.

She said of the treatment, “I was warned that I may be fatigued and my skin may turn a little pink. Yesterday was my final round. My left breast does look like I’ve been sunbathing topless, but other than that, I’ve felt fine.”

Katie went on to urge, “Please get your annual mammogram. I was six months late this time. I shudder to think what might have happened if I had put it off longer. But just as importantly, please find out if you need additional screening.”