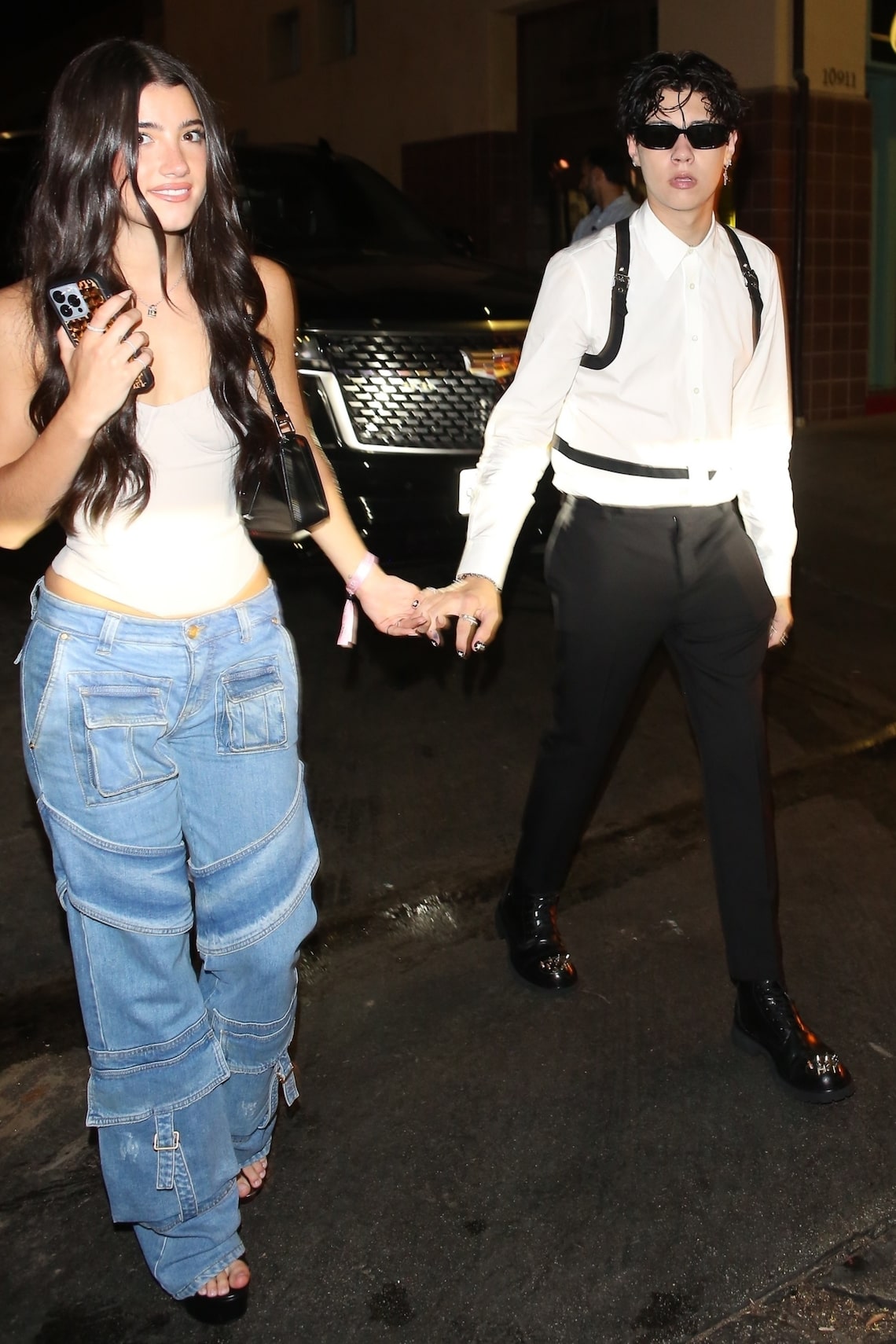 Charli, Dixie, Marc, and Heidi D’Amelio are promoting Season 2 of their reality series “The D’Amelio Show.”

During their chat with “Extra’s” Katie Krause, Charli opened up about her relationship with Landon Barker and why it was uncomfortable working together.

Charli explained why it was “super awkward” to film with Landon, saying, “It was still very new at that point.”

They’ve become “a lot more comfortable with each other” in front the cameras!

Could we see her making music with Landon? She answered, “We have not talked about that yet. My biggest goal right now is to get him in dance classes.”

Since Charli and Landon are dating, the D’Amelio family has met Travis Barker and Kourtney Kardashian. Heidi shared, “They invited us to an event, so they’re super sweet.”

The family also reacts to all those Kardashian comparisons and reveals which Kardashian has given them the best advice about navigating fame.

Charli said, “They’ve been nothing but nice to us. And you know, obviously with Landon, I’ve been able to spend more time with his family as well as him with my family, and you know, it’s definitely like a mutual... it’s not a comparable thing because, you know, we’re all doing the same things and we’re all succeeding in our own ways… Always happy for everything that they accomplish and, you know, that’s cool.”

Charli also had nice things to say about Kourtney, saying, “She’s been super, super sweet to me and… it feels very nice to hear from her.”

This season will follow Charli moving out and doing grown-up things, as well as her journey into music “from the beginning.”

In a trailer for the new season, Charli was torn about telling Dixie about pursuing music, because it was “[Dixie’s] thing.”

Charli is undecided right now on when she’ll release a single. She commented, “Everything will be figured out on the show.”

When Charli mentioned that she hadn’t done anything she loved, Dixie quipped, “Let’s take the one thing that Dixie has and steal it from her.”

Charli teased, “We really do follow that in the show a lot and you get to see the drama.”

Of a possible duet between Charli and Dixie, Charli responded, “Never.”

More with the D’Amelio family to come… Stay tuned!