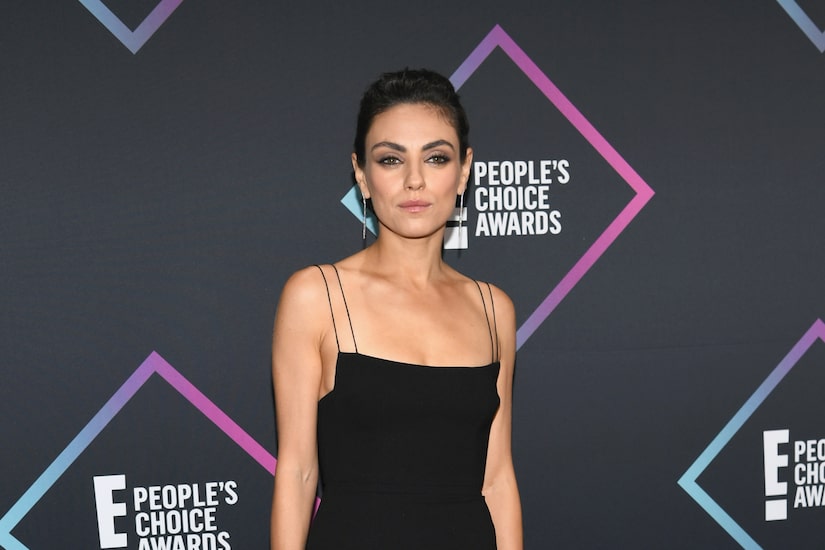 Mila Kunis is back with a new movie, both starring in and producing “Luckiest Girl Alive.”

“Extra’s” Rachel Lindsay spoke with Kunis about the film and her love of reality TV!

In “Luckiest Girl Alive,” Mila plays a high-powered magazine editor about to marry into a rich family, when her tragic high school past comes back to haunt her.

When asked how she decompressed from the heavy scenes in the movie, Mila commented, “It’s a little bit of reality TV. I mean, I do love reality TV.”

Rachel and Mila go way back, to when Mila and her husband Ashton Kutcher appeared on Rachel’s season of “The Bachelorette.”

Kunis went on, “I have kids and a family… There's only so much you that you can do… I have an incredible partner, we travel as a tribe, we go everywhere together. There's still a responsibility of being a wife and a mom that I love, so my version of unwinding: come home, my husband hands me a glass of wine, and I sit there and I decompress. I watch reality TV or I read some dumb articles or try not to focus and hyperfocus on something.”

Mila confessed that her favorite reality shows are “The Bachelor,” “The Bachelorette,” “Bachelor in Paradise,” and “The Real Housewives of Beverly Hills.”

Mila recently had a fangirl moment with one star of “RHOBH”!

She recalled, “My husband and I took our kids to this concert called Kidz Bop at the Hollywood Bowl… I look to the side and there’s a Real Housewife of Beverly Hills there. I will not give a name — there was a lady there with her children. This is me, I literally go, 'Oh, my God!' I stood up and yelled, ‘Oh, my God!’ in the direction of this woman, and then I go, ‘Oh, my God, oh, my God, this is so embarrassing…’ I don’t know if she caught it, ‘cause luckily there is music.”

As for what attracted her to the project, Mila explained, “It was a great book! And the script was so good, but the ending needed to be shifted a bit, and that’s what we worked on before I signed on. If you’ll allow me to be part of this process, I do want to jump on as a producer with my own production team. We can all work together… The character was so fun to play and it was so nuanced.”

Mila said of her character, “The ultimate her of today is all of us — we all have a version of ourselves that we put forward, and we all have an internal dialogue that we never say out loud.”

Kunis also made it clear that she and her character are not one and the same. She pointed out, “There’s lots of things wrong with me. I have a very healthy relationship with acting… Who I am and what I do, two very different things… for better or worse, I never had to get on social media, so I didn’t have the obsessive-compulsive desire to see what people had to say about me all the time… For me, the idea of code-switching only comes from what I want you to see. There is a version of me I am with you, there is a version I am with my children, my husband, my parents, and so forth. They are all pretty much in the same lane.”