Peter Facinelli is a dad again!

The “Twilight” actor, 48, and his fiancée Lily Anne Harrison, 33, just welcomed their first child together. Peter is already the father of Luca, 24, Lola, 19, and Fiona, 15, with ex-wife Jennie Garth.

Lily announced her pregnancy at the RomaDrama convention in Florida in June, telling the crowd, “[I’m] very pregnant.” She followed up on Instagram with a baby bump pic, joking, “Not a burrito belly 💗.”

Peter teased in the comments, “You’re pregnant? 😳 Why didn’t you tell me?”

Facinelli and Harrison were first linked in 2016, and she told the RomaDrama audience that after their first date, “I knew immediately that he was my husband,” adding that she called her parents right away and told them he was the one. 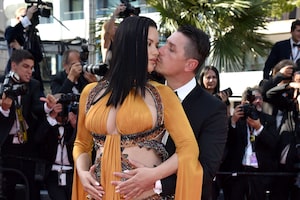 Adriana Lima & Andre Lemmers Are New Parents: It's a Boy! 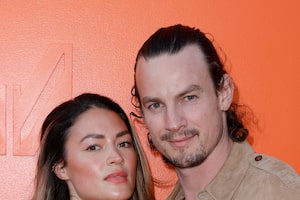