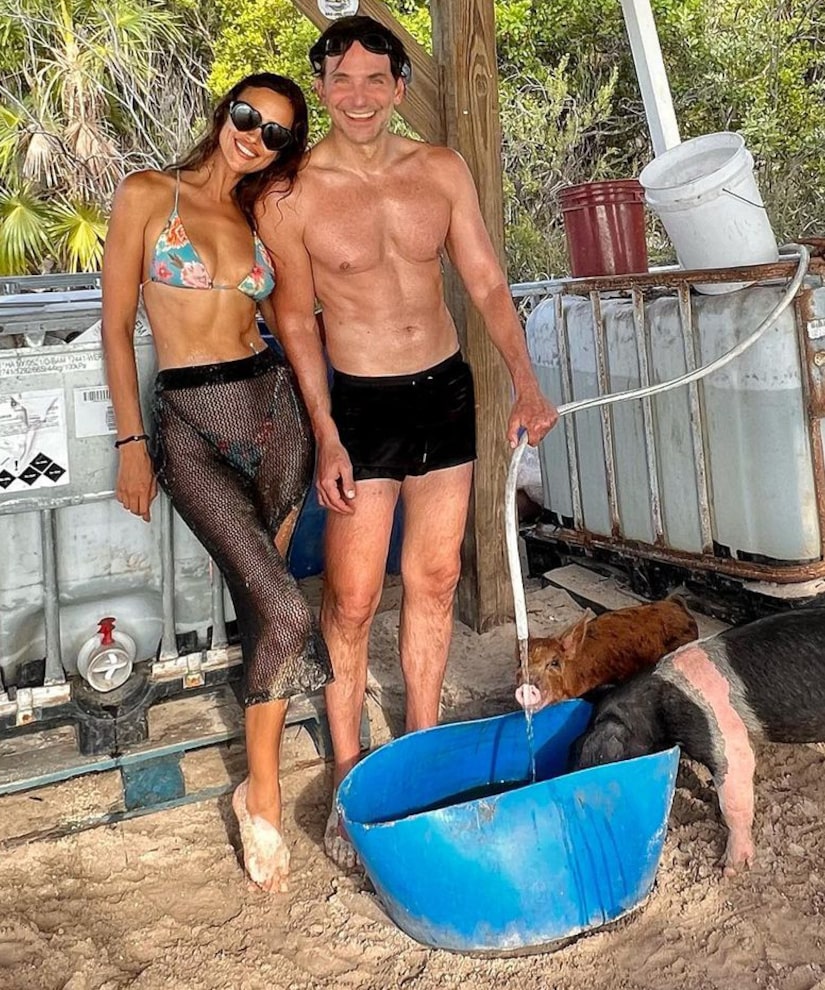 Bradley Cooper, 47, and Irina Shayk, 36, have everyone talking after the exes reunited on a sexy vacation.

Irina shared Instagram photos from the Bahamas trip, as she showed off her hot bikini body while snapping pics with the area’s native, docile pigs, joining the animals for a swim.

Within the carousel of images, however, was a photo of her watering the pigs with her ex-boyfriend Bradley Cooper.

In the photo, the stars smile widely as she strikes a pose in a bikini top and skirt-style cover-up, while Bradley wears only black swim trunks.

The model captioned the photos with a simple heart emoji.

This isn’t the first time the exes have sparked reconciliation rumors. In November 2021 they were spotted arm in arm in New York, and shortly after, she attended his “Nightmare Alley” premiere.

It was just last month, however, that Page Six reported Bradley was dating Huma Abedin. 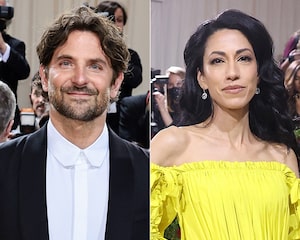 Another insider added, “Bradley has been quietly dating Huma for a few months now. They’ve been keeping it really quiet.”

“They are perfect for each other,” the source emphasized. “They’re both into power and politics and human affairs.”

Irina was last linked to Kanye West. They reportedly enjoyed a summer romance in 2021. 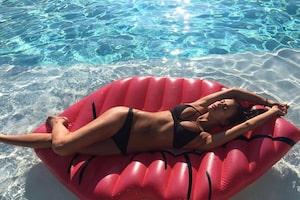 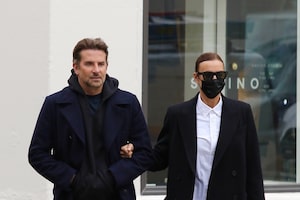 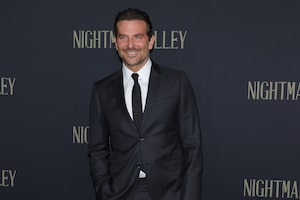