According to her death certificate obtained by E! News, Heche was buried at Hollywood Forever Cemetery after she was cremated on August 18.

Now, her son Homer, 20, is explaining how they decided on Hollywood Forever Cemetery.

In a statement to E! News, he said, “My brother Atlas and I want to thank Tyler, Noelle and all the amazing people at Hollywood Forever for their kindness, compassion and generosity of spirit. We are convinced our Mom would love the site we have chosen for her.

“It’s beautiful, serene and she will be among her Hollywood peers,” Homer added. “Most importantly, Hollywood Forever is a living place, where people attend movies and concerts and other events. She was our Mom, but the kindness and the outpouring of the past few days reminded us that she also belongs to her fans, to the entertainment community, and now, to the ages."

Aside from Anne, Judy Garland, Cecil B. DeMille, Chris Cornell, Mickey Rooney, and Anton Yelchin are some of the other big names to be buried at Hollywood Forever Cemetery.

Last week, it was revealed that Heche died from “inhalation and thermal injuries,” as well as a “sternal fracture due to blunt force trauma.”

Heche’s autopsy report has not been released yet, but a blood test revealed that there was cocaine in her system. 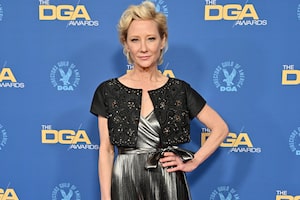 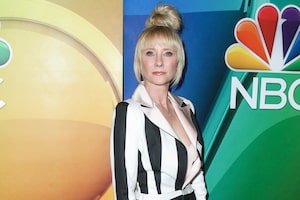