Page Six reports Johanna Altman was taken into custody August 4 and booked at the Los Angeles Department Valley Jail Section in Van Nuys, CA around 9:30 p.m. PT. Her bail was set at $50,000, and a spokesperson told the paper she was released the next day.

According to the L.A. County Sheriff's website, she's due back in court September 2.

Altman is publicly supporting his wife, telling Page Six, “The loss of my wife’s father due to COVID-19 has been absolutely devastating to her and our entire family. We have all been struggling with this loss and have been going through a tough time.”

He added, “We have never been more in love and connected from this tragedy. We ask everyone to respect our privacy.”

Johanna has not commented, but she did post on Instagram this week, “Such a beautiful anniversary weekend. 5 years and only getting stronger. Ups and down ain’t gonna stop anything. Love you so much @themattalmtan.”

Matt has also been showing his love for Johanna on Instagram in the days since the arrest. The couple, who share twins Ashton and London, 4, and Hudson, 3, wed in August 2017.

He revealed they celebrated at the luxury resort Terranea in Rancho Palos Verdes, California. Posting a video of the family in the pool, Altman wrote, “Had such a fun anniversary weekend with the family at the place we got married Terranea.”

Previously, Altman posted a pic from the pool day, writing, “Everyone smiling in same pic… anyone with 3 or more kids knows this isn’t easy.” 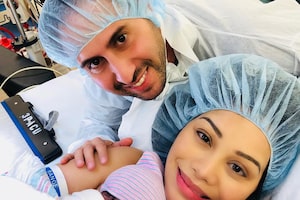 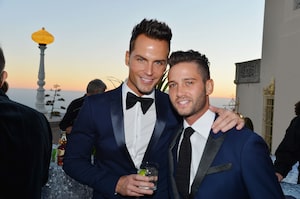