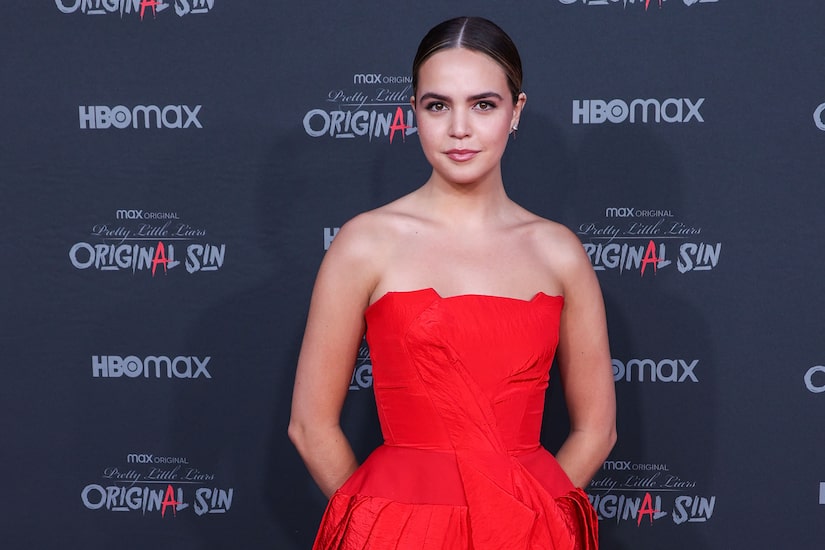 “Extra’s” Katie Krause spoke with Madison about the new version, revealing the character A is much more ruthless in this story — though Bailee has nothing but love for BFF Lucy Hale and the original show.

Bailee was a “diehard” fan of the original show, saying, “I grew up admiring those girls on and off camera and I remember looking at them being like, ‘One day, when I’m in my early 20s, I hope I get to be on a show like that.’”

As for Lucy being at the premiere, Bailee said, “It means the absolute world to me… The fact that she’s here to support all of us means so much.”

Madison showed her appreciation to Hale for being there “every step of this process.”

On the show, Bailee plays Imogen, who is pregnant, which means she had to wear a prosthetic belly. She commented, “I got real back pain. My rib, like, slightly got dislocated after I literally wore the stomach full-term… and I didn’t even get a child at the end.”

Will her character give birth during the first season? Bailee answered, “You’ll just have to watch, won’t you?”

Bailee was also tight-lipped about the number of murders in the first season. She noted, “That would be a spoiler… so I can’t tell you… What I can say is no one is safe in Millwood, and our show never wants you to get too comfortable.”

Madison noted that “Pretty Little Liars” is the result of when you take the “bones” of “PLL” and make it “darker and grittier and more cutthroat.”

Bailee said of A, “There’s no remorse.”

According to Madison, A’s mask is “incredibly terrifying,” too!

Bailee also revealed fun behind-the-scenes facts about filming, dishing, “We actually took an abandoned school and we completely redid it so all the hallways, locker rooms were actually usable for walk-and-talks.”