His rep told Variety that Bieber will be returning to his tour on July 31, performing at the Lucca Summer Festival in Italy.

No announcement has been made about when Justin will perform the North American dates he was forced to cancel in June.

Last month, Bieber was forced to cancel the dates due to his fight with Ramsay Hunt syndrome, which “attacks” the nerve in his ear.

In a video, Justin revealed that he was suffering facial paralysis and was unable to move half of his face.

Along with noting that it was “pretty serious,” Bieber stressed his need to rest. He said, “Obviously, my body is telling me to slow down… I’m going to be using this time to rest and relax and get back to 100%.” 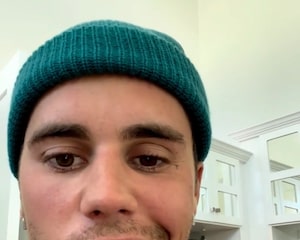 “[It will take] time, and we don’t know how much time that’s gonna be, but it’s gonna be okay. And I have hope, and I trust God, and I trust that this is all for a reason. I’m not sure what that is right now,” Justin emphasized. “But in the meantime, I’m gonna rest.”

Days before he went public with his diagnosis, Bieber had to postpone shows because his “sickness is getting worse.”

Without going into specifics, he said on his Instagram Story, “Can't believe I'm saying this. I've done everything to get better but my sickness is getting worse. My heart breaks that I will have to postpone these next few shows (doctors orders). To all my people I love you so much and I'm gonna rest and get better."

Just days ago, “Extra” spoke with Usher, who recently vacationed in Idaho with Justin.

Revealing how Bieber is doing, Usher said, “He is doing great. Seeing him on vacation, we managed to hang out with each other, and I think that whatever he may be experiencing right now it’s actually really great to see that he has the support from his fans and his family.”

As an artist, I think we are all going to experience some things that people may not necessarily understand," Usher said, referencing a performer's life being "a life that comes with a great deal of pressure."

He went on to say, "I think [Justin] has obviously taken the world on a journey. I am happy that I was at the beginning of and I am still a part of to this day, as a friend.” 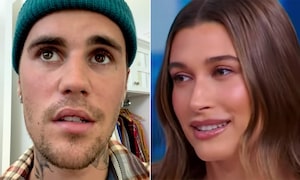 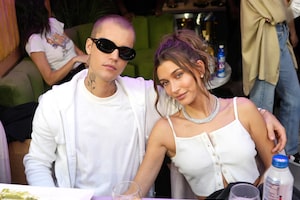