Days after news broke that Tristan Thompson and Khloé Kardashian are expecting their second child together, he was spotted with a mystery woman!

TMZ obtained video of Thompson holding hands with the unidentified woman in Mykonos, Greece, on Sunday.

Thompson had previously been seen partying it up at a club called Bonbonniere, where he was surrounded by women!

It is quite possible that Tristan and the mystery woman met there. 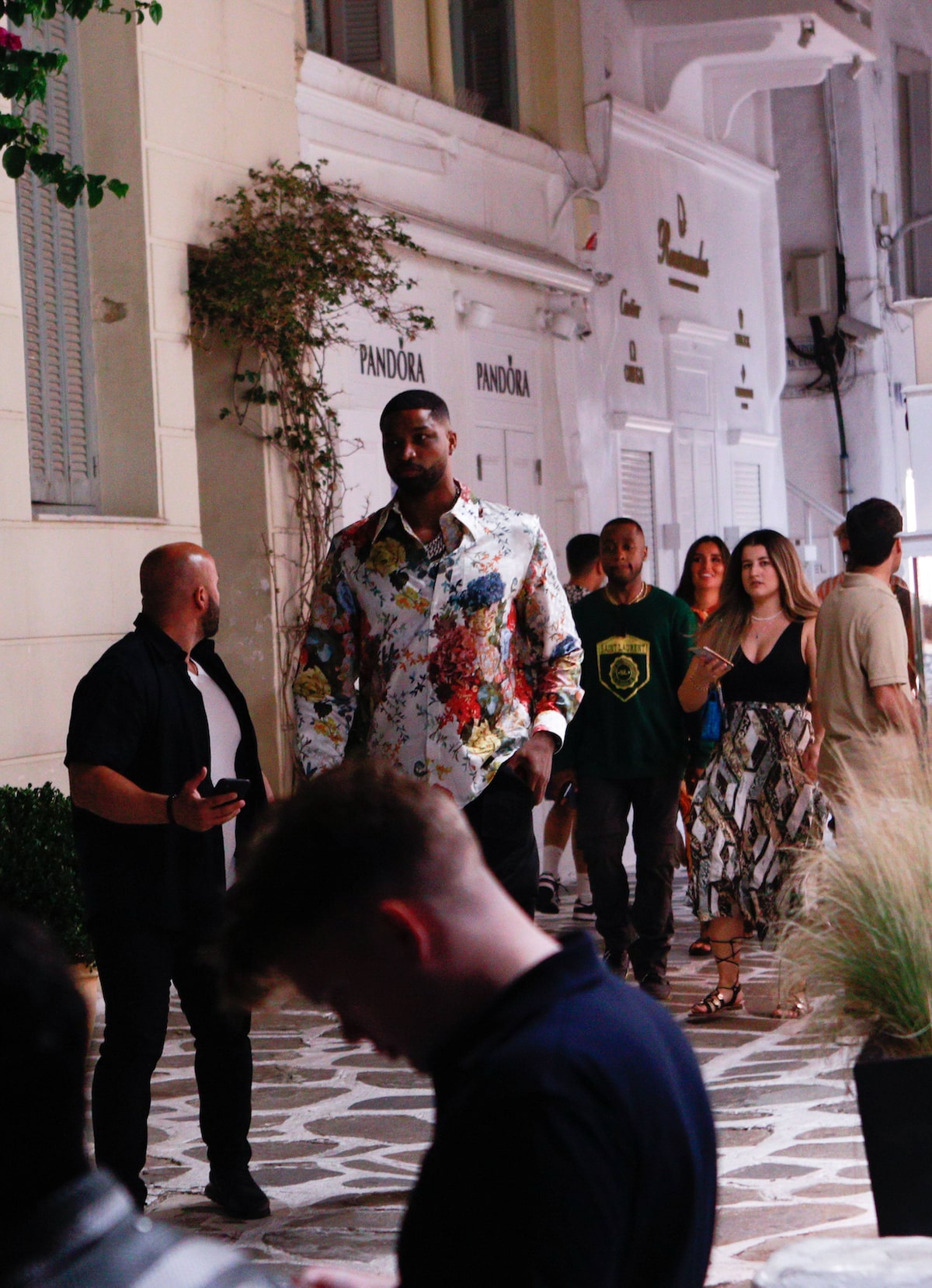 Last week, a source told Page Six that Tristan and Khloé are expecting a baby boy via surrogate soon.

“Khloé has always wanted a little brother for True and decided to go ahead with having the baby with the support of her family,” the insider revealed.

TMZ was first to report the news on Wednesday, and Kardashian’s rep told People, “We can confirm True will have a sibling who was conceived in November. Khloé is incredibly grateful to the extraordinary surrogate for such a beautiful blessing. We’d like to ask for kindness and privacy so that Khloé can focus on her family.”

A source told People that Khloé and Tristan plan to co-parent. "Just like they do with True, Khloé will co-parent the baby with Tristan," the insider said. "Tristan is the dad and Khloé wants him involved as much as possible. He is great with True."

Previously, an insider told the mag that the exes are not back together and do not speak outside of co-parenting matters.

Earlier this year, Thompson confirmed that he fathered a child with another woman, Maralee Nichols. The baby, named Theo, is now six months old. He is also dad to Prince, 5, with ex Jordan Craig.

A Page Six insider claimed that Khloé and Tristan’s “baby was conceived via surrogate before it was revealed to Khloé and the public that Tristan was having a baby with someone else in December,” another source added that “by then, Khloé was just like, ‘I’m going to be doing it by myself.'”

Khloé has been open about wanting another child. Nine months ago she tweeted, “I want [True] to have a sibling. If it’s God’s plan.”