Actress Hayden Panettiere, 32, is opening up on her past struggles… including an addiction to opioids and alcohol.

Along with struggling with addiction for years, Panettiere also battled postpartum depression.

In an interview with People magazine, Hayden shared, “I was on top of the world and I ruined it. I'd think I hit rock-bottom, but then there's that trap door that opens."

While Panettiere did her best to not be “messy while on set and working,” her personal life was “getting out of control [off set].”

Hayden nabbed her starring role as Claire Bennet in the NBC show "Heroes" at age 16.

She admitted, “As I got older, the drugs and alcohol became something I almost couldn't live without."

Due to her own inner demons, Hayden was able to relate to her “Nashville” character Juliette Barnes. She noted, “Those were really tough years. I could relate to a lot of those storylines like the alcoholism and postpartum depression. They hit close to home."

Panettiere also explained how her addiction and postpartum depression affected her relationship with Wladimir Klitschko.

Panettiere called it a “gray color” in her life after her daughter Kaya was born in 2014. She said, “I never had the feeling that I wanted to harm my child, but I didn't want to spend any time with her.”

Hayden’s alcoholism become physically obvious, even leading to a hospitalization. She said, “I would have the shakes when I woke up and could only function with sipping alcohol.”

“Doctors told me my liver was going to give out,” she revealed. “I was no longer a 20-year-old who could just bounce right back."

Instead of denying that she had any issues, Panettiere asked for help. She said, “I put a lot of work into myself and I had to be willing to be incredibly honest.”

Over the past year, Hayden gone through both trauma therapy and inpatient treatment.

Panettiere also made the decision to go to rehab for eight months to “get over the hump.”

Hayden is doing better nowadays. She shared, “It's an everyday choice, and I'm checking in with myself all the time. But I'm just so grateful to be part of this world again, and I will never take it for granted again."

“This hasn't been easy and there were a lot of ups and downs," Panettiere stressed. "But I don't regret even the ugliest things that have happened to me. I feel incredibly accomplished. And I feel like I have a second chance."

Hayden has founded Hoplon International, a charity that aims to raise money for Ukraine while the country is at war with Russia.

Career-wise, she is also set to return as Kirby Reed in the next “Scream” film. 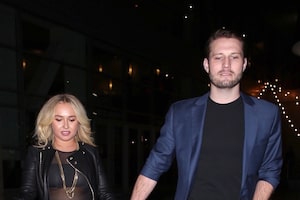 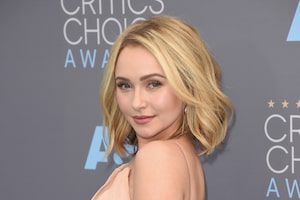 Hayden Panettiere Speaks Out After Being Spotted without Engagement Ring