The singer and his crew headed to Catch Steak on Tuesday night to celebrate, and MGK shared videos from the after-party on his Instagram Stories.

In one video, the singer smashes a champagne glass against his head, saying, “I don’t give a f**k, bro. I don’t give a sh*t.” He included the caption, “And this is when things turned …”

That clip was followed by one of the rock star singing “My Ex’s Best Friend,” his face dripping in blood, and with more blood covering his pink shirt. He wrote, “F**k it” on the video. 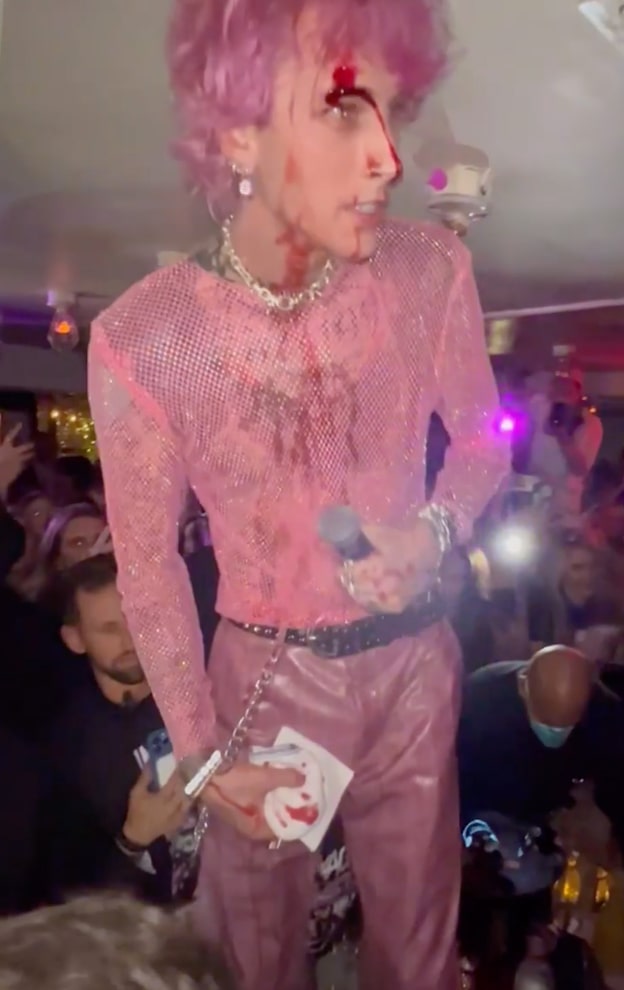 The graphic performance came after MGK’s show featuring Landon Barker, who joined him for their collab “Die in California.”

Landon’s appearance came as a surprise to some after his father Travis Barker, who produced the song, was hospitalized in L.A. that was later revealed to be pancreatitis.

DailyMail.com reports the 18-year-old attended the after-party as well, and was spotted leaving with new flame Charli D’Amelio. MGK’s girlfriend Megan Fox was also reportedly at the party. 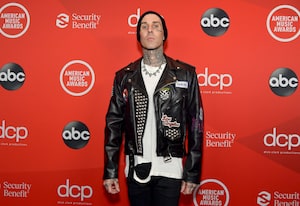 Meanwhile, Machine Gun Kelly recently made headlines when he revealed in his “Life in Pink” Hulu documentary that he had contemplated suicide.

The star, real name Colson Baker, recalled being in a dark place after his father died in 2020.

"I flew to my dad's apartment to clear all this stuff out. I had this really weird interaction with this neighbor who told me all these things I didn't want to hear," he said. "That f**ked me up even more because I couldn't get closure on it. I wouldn't leave my room and I started getting really, really, really dark."

He continued, "Megan went to Bulgaria to shoot a movie and I started getting this really wild paranoia. Like I kept getting paranoid that someone was gonna come and kill me. I would always sleep with a shotgun next to my bed, and like, one of the days, I just f**king snapped."

The singer went on, "I called Megan, I was like, 'You aren't here for me.’ I'm in my room and I'm like freaking out on her and dude, I put the shotgun in my mouth and I'm yelling on the phone and like the barrel's in my mouth. I go to cock the shotgun and the bullet as it comes back up, the shell just gets jammed. Megan's, like, dead silent."

He said Megan and his 12-year-old daughter Cassie helped him realize he needed to stop using drugs. 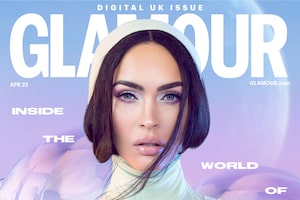 Megan Fox on Blood-Drinking, Ayahuasca, and Manifesting MGK When She Was Just 4 Years Old! 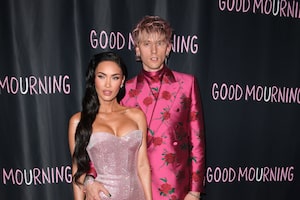 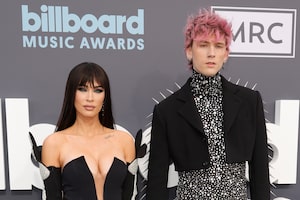