It is a summer to celebrate for Selena Gomez!

The former Disney Channel princess just toasted friend Britney Spears at her wedding to Sam Asghari, turns 30 this summer, and is dropping Season 2 of her Hulu show “Only Murders in the Building.”

“Extra’s” Katie Krause caught up with Selena to get the scoop.

Selena, who was joined by her “Only Murders” co-stars Steve Martin and Martin Short, said of Brit’s wedding, “It was wonderful,” while Short quipped, “I didn’t get invited to Britney’s wedding.”

Katie went on to ask about Selena’s 30th, “What are you looking forward to most in the next decade of life, and how do you plan to celebrate?”

The actress replied, “I have no idea what to expect. Getting older is weird, but I love it. And I'm finding out new things about myself. It's honestly... I enjoy getting older. Here's to 30.”

Katie also asked the stars if they could remake or reboot anything they have done, what would it be.

Steve said, “I really had fun shooting ‘Dirty Rotten Scoundrels’ with Michael Caine and Glenne Headly, but i couldn’t do better. It would just be fun to visit all the people in the South of France.”

Selena picked "Wizards of Waverly Place," revealing, “Mine is ‘Wizards’ hands down, I would love that."

Martin quipped, “Mine is ‘Three Amigos,’ I just keep doing it,” referring to being part of a trio in “Only Murders.”

Switching gears to talk about “Only Murders,” Martin called working on the show “a dream,” while Selena added, “I’m so astonished and really grateful, so happy.” 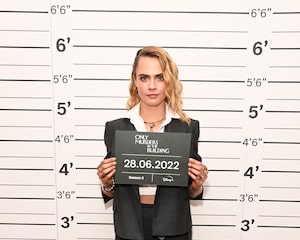 The show, a murder-mystery about a trio of amateur investigators trying to solve a crime, is getting big awards buzz. Katie asked, “What would an Emmy nomination mean to you guys?”

Selena said, “I don’t know. I’ve never been nominated for those kinds of awards.” Steve recalled, “I won an Emmy in 1968 for writing on ‘The Smothers Brothers Comedy Hour.’ It was a posthumous award because the show had been canceled.”

Martin then turned to Steve and asked, “How many Emmys do you have?” Steve told him, “I want to say five… but I have one.”

“Only Murders in the Building” Season 2 drops on Hulu today. 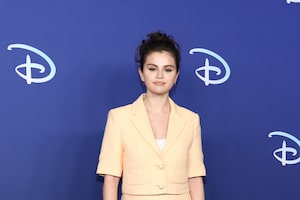 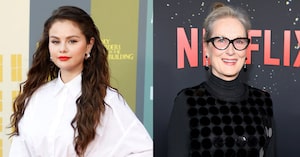 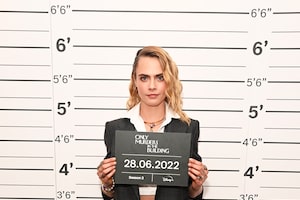