On Tuesday, Barks announced their marriage with a photo of them on their honeymoon in Italy. She wrote on Instagram, “JUST MARRIED.”

She added, “Thank you all for your lovely messages on our wedding day! Currently enjoying a mini moon in beautiful Italy! Thank you @tuscanynowandmore @grifcopr ❤️.”

Over a year ago, Stoll popped the question on a stone bridge.

Along with flashing her engagement ring, she wrote on Instagram, “Like Beyoncé… but with an F 💍❤️.” 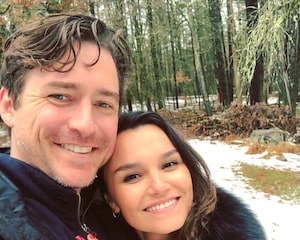 Samantha and Alex worked together on the Broadway adaptation of the iconic movie “Pretty Woman.”

Barks is best known for her portrayal of Éponine in the 2012 movie adaptation of “Les Misérables.” She also played the role in the London production of the musical.