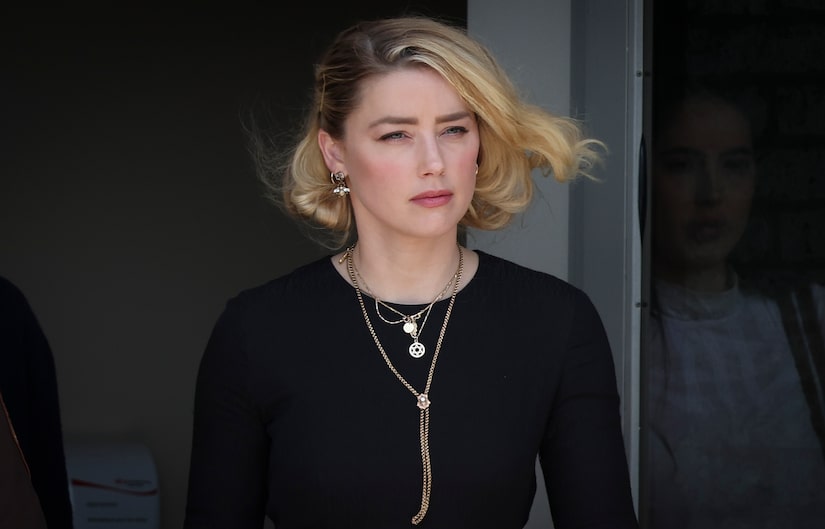 Amber Heard’s therapist’s files were kept from the jury in her defamation case with Johnny Depp, but her lawyers are revealing them now.

The judge ruled that the notes, which go back more than a decade, were hearsay and inadmissible.

The documents, first revealed on Peacock, detail alleged abuse that Amber claims she suffered at the hands of Depp.

Following a two-part interview this week on “Today,” more of Amber’s sit-down with Savannah Guthrie airs Friday night on “Dateline.”

A spokesperson for Johnny told “Dateline” ahead of the segment, “It’s unfortunate that while Johnny is looking to move forward with his life, the defendant and her team are back to repeating, reimagining and relitigating matters that have already been decided by the court and a verdict that was unanimously and unequivocally decided by the jury in Johnny’s favor.”

Meanwhile, a spokesperson for Amber responded, "If Mr. Depp or his team have a problem with this, we recommend that Johnny himself sit down with Savannah Guthrie for an hour and answer all her questions."

The jury ruled in favor of Depp, agreeing that it was defamation when Heard claimed she was a domestic abuse survivor in a 2018 op-ed. He was awarded $10 million in compensatory damages and $5 million in punitive damages. The judge immediately reduced the $5 million figure to $350,000, in line with a Virginia statutory cap.