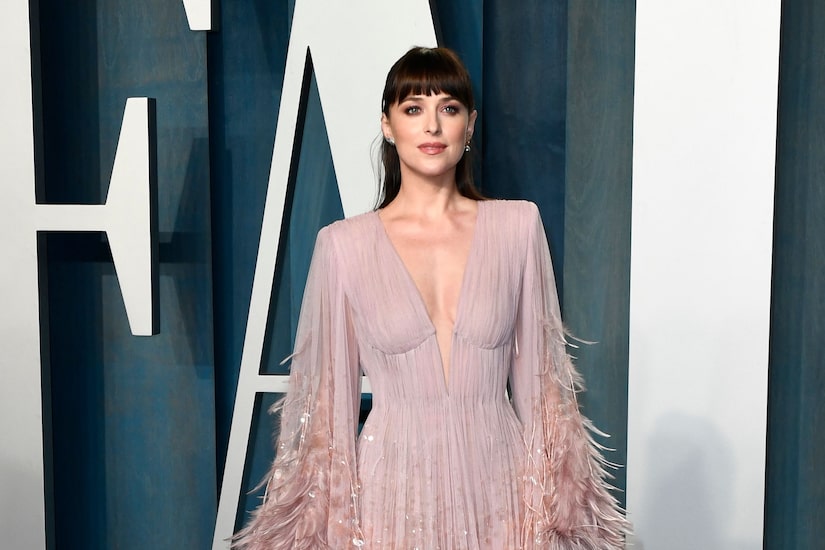 They open up about what the film says about relationships and the concept of soulmates.

Dakota admitted, “The idea of just one soulmate is quite stressful,” adding, “What if you f**ked it up or you never meet them?”

Cooper believes in soulmates, but says, “I think the idea of multiple soulmates helps us sleep at night.”

Cooper described love and relationships as “a dance,” while Dakota emphasized, “They’re complicated, and it’s okay.”

Dakota and Cooper revealed that they can both “cha cha real smooth” on the dance floor! While they might not grab the microphone at a party, Dakota noted, “We like to boogie.”

Cooper also explained the significance of the title of the movie, saying, “It’s the part of the song where you do your own dance and all the characters trying to figure out their own dance.”

Dakota was definitely intrigued by the title. She said, “That was the first thing that I was like, ‘Yeah, I wanna be in that movie,’ not even really knowing what it was about.’”

“Cha Cha Real Smooth” is in select theaters and on AppleTV+ June 17.