The images give fans a first look at the beaming bride and groom. Check out the gallery below! 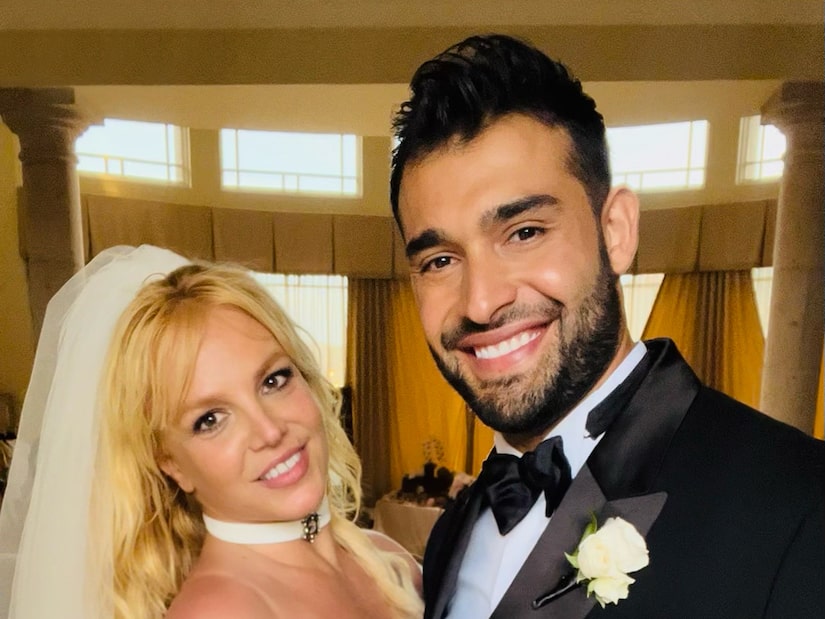 There are also new details from inside their big day. Spears revealed to Vogue, “We really wanted to make this a small and beautiful moment with family and friends. We wanted warm and feminine colors including blush, white, cream, and gold, and a lot of various shades of pinks, blush, and reds.”

Britney looked gorgeous in her form-fitting floor-length gown featuring a cap sleeve and deep V-shaped neckline, as well as a slit along the leg, with Sam by her side in a black Versace tux. 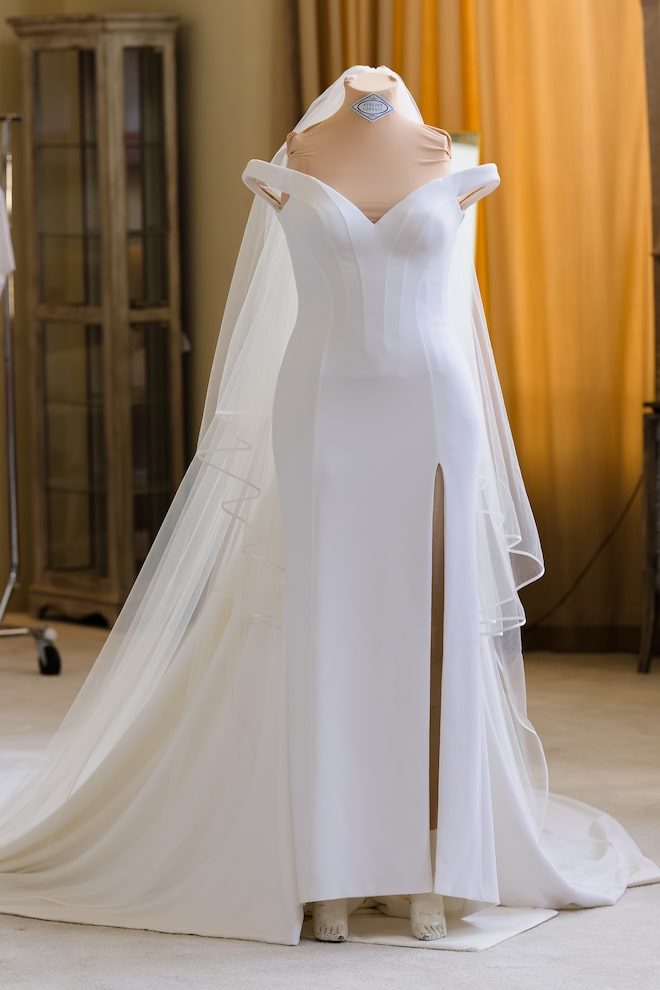 She turned to Charlotte and Sofia Tilbury for her wedding makeup, while Stephanie Gottlieb provided Spears’ 62 carats of wedding jewelry. Britney was dripping in diamonds, including a heart-shaped diamond tennis bracelet and round diamond and pear-shaped drop earrings.

Gottlieb was also the designer of their wedding bands. People reports Britney chose two platinum eternity bands: a “classic round diamond band in a shared prong setting” and a “marquise diamond band set east-west in a bezel eternity band.” Sam went the traditional route with a classic platinum 5mm band.

Their big day, which took place at the singer’s home, looked like it was every bit the fairy tale, with flowers by Marks Garden and a white horse-drawn carriage draped in roses. 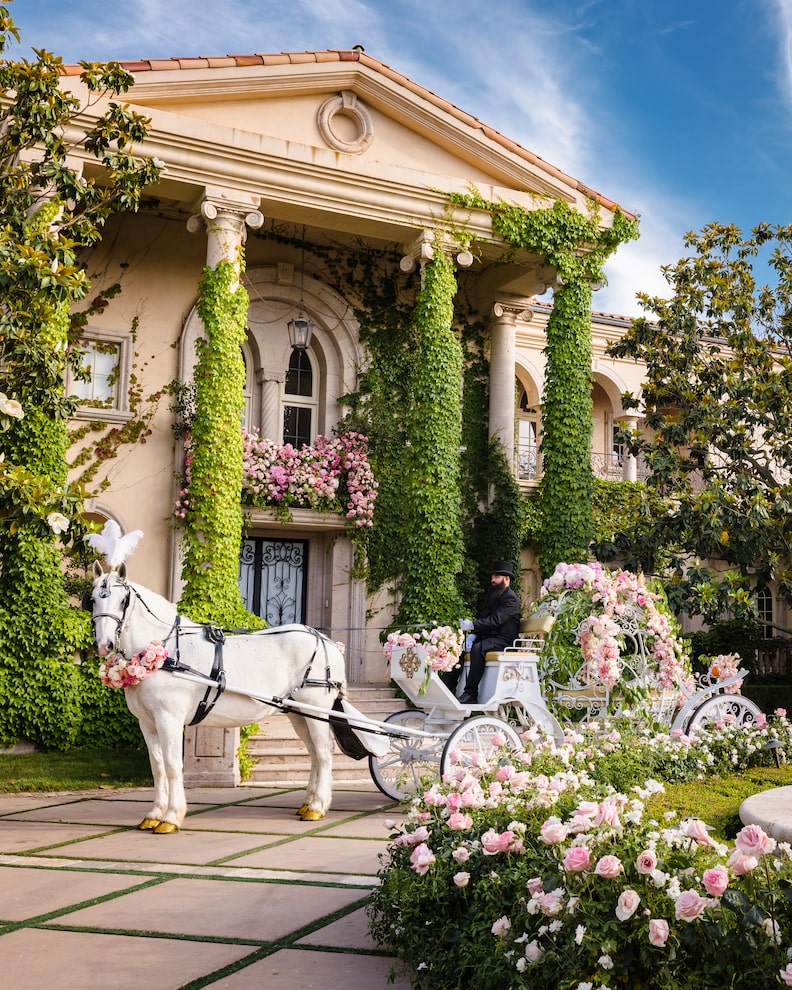 The couple skipped having a first dance, but Britney did dance to “Toxic” with Madonna and Selena Gomez and sang “Stars Are Blind” with Paris. 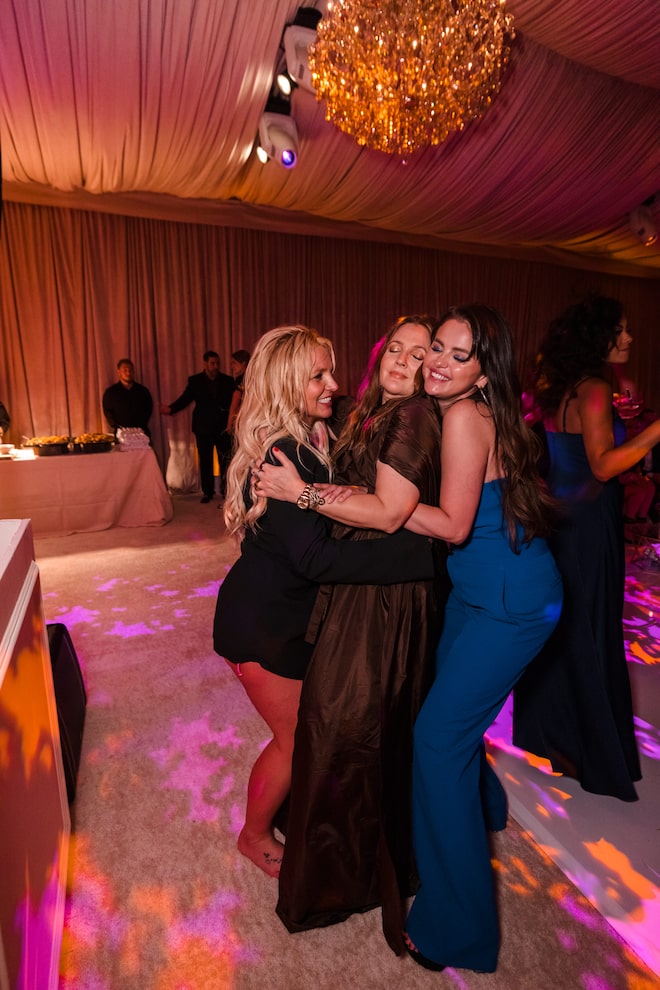 The guests later gave them a grand send-off with sparklers as they drove away in a Rolls-Royce.

An insider told People, "It ended up being the happiest night for Britney. She wanted a fairy tale wedding and she got it. Britney looked stunning. She is very excited to be married. She looks forward to a future with Sam."

Sam and Britney have been dating since 2016, after meeting on the set of her music video for “Slumber Party.” 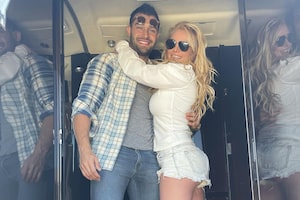 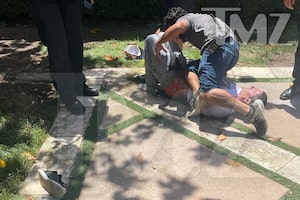