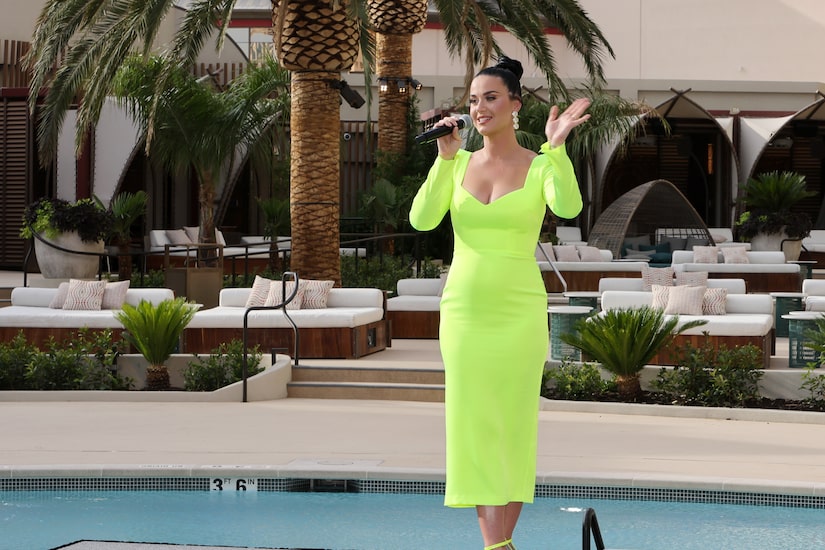 Singer Katy Perry has sold more than 143 million records, and she’s now unleashing her catalog of chart-topping hits in a colorful, blockbuster residency!

“Extra” spoke with Katy on the stage of her show “Play” at Resorts World Las Vegas, where she received the key to the city.

Of how she felt about the city embracing her, fiancé Orlando Bloom, and their baby girl Daisy, Katy said, “I feel that I’m welcome. I feel like one of them. I feel like I’ve had so many memories, so many good memories here in Vegas and family memories. So you know, it just, like, it feels very natural to be here.”

She added, “And also, like, I have ventured outside and done so many experiences, even while I’ve been here and I’ve tasted like the new Vegas, which feels like an experiential place full of options for families, which is like my cup of tea.”

Perry has been enjoying her time with her family in the desert too! She shared, “I’ve eaten my way through The Strip for sure. I’ve been to the pools, I’ve been to the spa, I’ve been to the kiddie playgrounds. I’ve even been to like the outdoor, you know, playgrounds during the winter. We were here all of December. I mean, I spent Christmas Day here, which was great.”

She went on, “It was like, okay, well, we’re not going to go home for Christmas, but we’re going to be, like, I remember I took my daughter to a dinosaur-themed outdoor park like 15 minutes away from here… and that was like really cute and very sweet. And we had a Christmas dinner for the whole crew, and it was awesome. But I just I like I remember coming here and going to all the thrift stores and the vintage stores and like, you know, there’s so much in Las Vegas, and it’s not just in the one strip. There’s like a lot of personality here.”

Las Vegas has something for everyone, including time in nature, with Perry saying, “Especially if you like off-roading and stuff like that, which my partner loves.”

The stars are loving her show too, like Rob Lowe. She commented, “I mean, it’s so fun when someone, you know, that I know is in the audience or coming out and seeing the show… That’s my Montecito fam. That’s my Santa Barbara family. And super cool that they all come out.”

She noted, “Luke [Bryan] also has a residency at Resorts World. And but, you know, when I first started my residency, Luke had yet to start his and Lionel [Richie] had already been here for several years. So I call Lionel because we’re in the desert. It’s dry. I mean, it’s challenging sometimes for vocals because it is the driest spot, and you have to have humidifiers… So I reached out to Lionel. I was like, ‘How the hell do you do this and have you done this?’ And he’s like, ‘Don’t worry, you’ll get used to it. You’ll find your rhythm.’ And then the next day he sent me a Hello Kitty humidifier. I love you, Lionel.”

What is she going to do with her key to the city? She answered, “I’m probably going to try and unlock some stuff that it may not or should not go to see if it opens anything.”