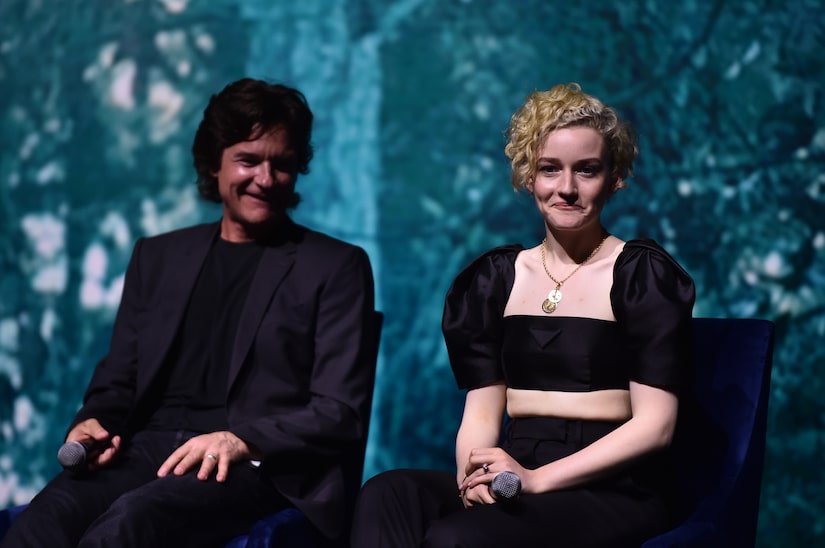 On the heels of the final season of “Ozark,” stars Jason Bateman and Julia Garner spoke to “Extra’s” Rachel Lindsay at an FYC Emmys event.

They dished on the series finale and reacted to the possibility of any future spin-offs.

When asked if it was safe to assume that his character Marty Byrde and his family lived happily ever after, Jason answered, “Yeah, I mean, they’re going back up to Chicago to continue their plan of, hopefully, the ends justifying the means. I don’t know if they get successful with that up in Chicago or not. My sense is that they’d probably continue to stumble, because they think they’re a little bit smarter than they are and those people don’t fare too well.”

Garner approved of the way that her character Ruth Langmore’s story ended in the series, saying, “I think it ended beautifully… I thought it was the perfect ending because it’s the most activating ending in a way, and I feel like all great art is you want to get activated, whether it’s good or bad, so I loved it.”

Jason also shared what he would have done differently about the finale, saying, “Never shot the last scene, so it wouldn’t be over.”

As for the possibility of a spin-off, Juia commented, “I don’t know… maybe. In case if somebody hasn’t seen the end of this, I don’t want to reveal.”

Jason chimed in, “I think we would both obviously love to do any amount of work with all those people that we worked so pleasantly with for so long. That’s the stuff that you never want to end.”

Jason and Julia also revealed what they will miss most about playing their characters.

Bateman noted that he’ll miss being “the calm in the storm and watching all of the incredible acting around him.”

Julia is going to miss “everything,” saying, “I can’t even describe that question because it’s just her as a person. It’s just so much fun and layered… I’ll miss shooting this project the most.”

Jason and Julia also dished on their post-“Ozark” projects.