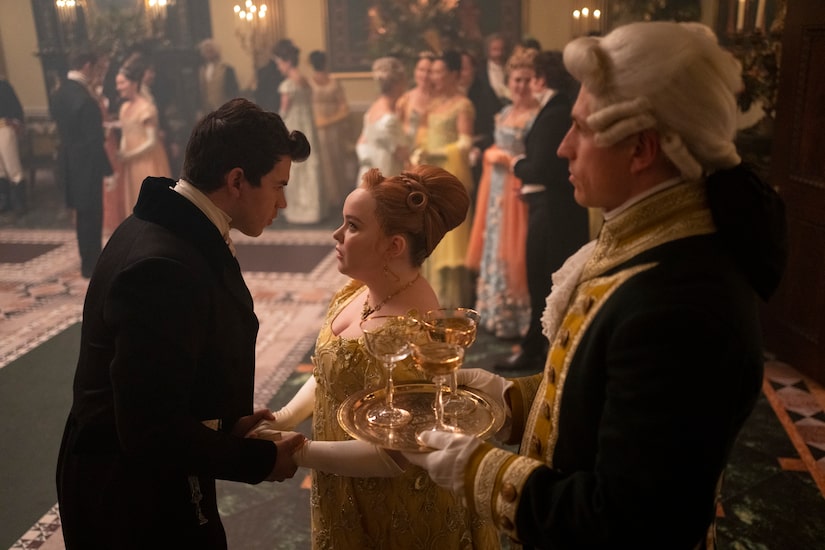 “Extra’s” Billy Bush sat down with “Bridgerton” stars Nicola Coughlan and Charithra Chandran about what’s to come for Season 3.

The third season will focus on the “budding” relationship between Nicola’s character Penelope Featherington and Luke Newton’s Colin Bridgerton!

Nicola shared, “I’ve known for quite some time, over a year actually... we’ve seen them with this buildup for two seasons, so it felt like the right time.”

When Billy asked if there will lots of contact between the characters like Season 1, Nicola quipped, “I think, yeah.”

While Nicola called Luke “amazing,” she admitted that it will “probably” be weird when they have to do intimate scenes since they are dear friends.

As Charithra’s character Edwina, she noted, “Edwina’s love story was with herself and it was epic and life changing. The ‘Bridgerton’ world is expanding, we call it the Bridgerverse, and Edwina exists somewhere in the Bridgerverse, so who knows what’s in store. I think it’s exciting and god willing the show will go on for years to come and I’m sure all of us will pop in and out at different points and… I’d love to see her with a hot prince. She deserves it."

Chandran also opened up about the pressure she was feeling while playing the role. She said, “It's entirely self-imposed, right? I so desperately worry that or I did that [if] this wasn’t a hit that I potentially jeopardize things for other actors of color or Indian actors.”

Charithra has received tons of praise for her work on “Bridgerton.” She said, “I have a lot of women of color, especially young women of color, come up to me and say this is the first time we’ve ever been like felt seen and felt beautiful on screen and worthy of love and all these things are so wonderful to hear. So that’s been amazing.”

Nicola opened up on the moment she realized she was famous. She commented, “I was in New York with my friend and I sort of looked up and there's this gigantic billboard of myself like fifty foot tall. I had no idea it was there, a complete surprise and I just started shouting ‘that's me!’ and all these tourists were like ‘sure.’”

Coughlan said she was “so excited” when she was cast on the Shondaland show.

As for her first meeting with showrunner Shonda Rhimes, Nicola revealed, “I accidently Oprah'd her the first time I met her what I mean by that is I took both her hands and talked to her like this… I was like, ‘Why am I doing this? This is not a thing I do.’”

Nicola recently attended the star-studded Met Gala and partied it up until the wee hours of the morning! She said, “I didn’t get home until 5 in the morning and I couldn’t get the dress off so I had to sleep in the dress.”

“Bridgerton” is streaming on Netflix. 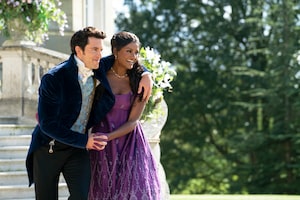 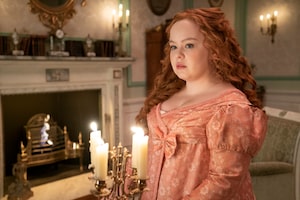 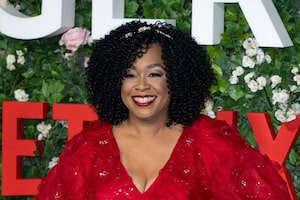