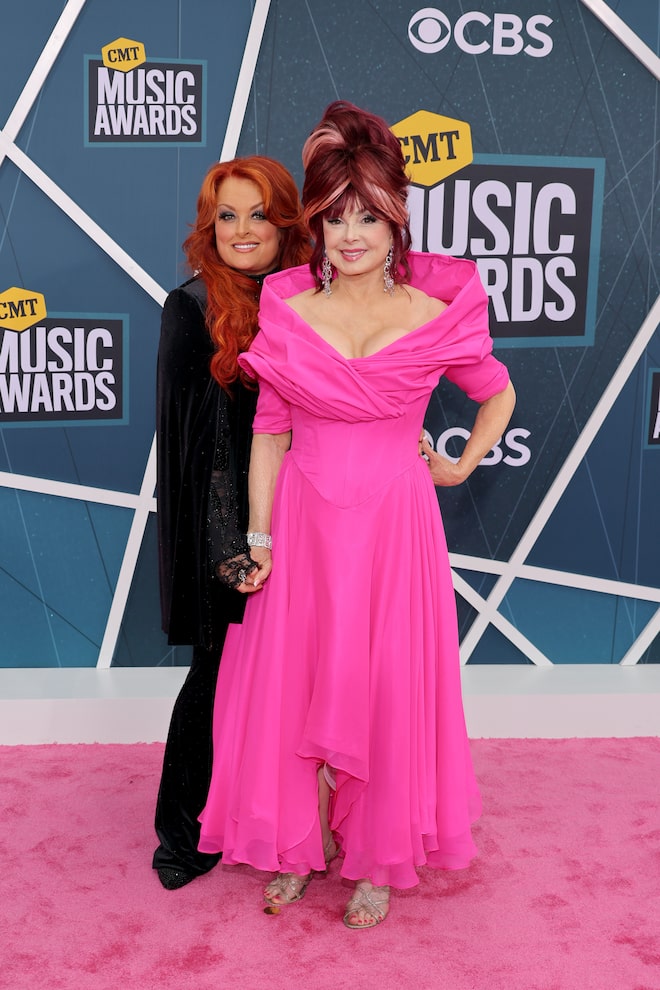 "There is so much happening in the world right now," she began the lengthy essay. "So before I sat down to write this, I thought, 'No…I just don’t know what to say.' Then, I heard the words from my life coach asking me, 'What do you know?' And I began to cry."

"I DO know, that the pain of losing Mom on 4/30 to suicide is so great, that I often feel like I’m not ever going to be able to fully accept and surrender to the truth that she left the way she did," she wrote. Dramatically, she stated, "This cannot be how The Judds story ends," using a broken-heart emoji.

Becoming proactive, Wynonna wrote, "I DO know, that in order to be a healthier grandparent to my firstborn grandchild Kaliyah, {born 4/13, 2 weeks & 2 days before Mom left}, to break the cycle of addiction & family dysfunction, that I must continue to show up for myself {first} and do the personal healing work. I know that it is a simple steps program, and those steps are not easy to take at times. Therefore, I’ve made a commitment to keep doing the 'next right thing,' and schedule weekly appointments so that I continue with the ongoing work, even when I have good days."

Admitting that "I feel so helpless—right now especially," she nonetheless went on, "I DO know, that as corny as it sounds, 'Love Can Build A Bridge.' I find myself humming the song that Mom wrote for the fans, to myself here on the farm at night. I really DO know, that I’m not able to do this grieving thing all by myself, and that it’s okay to reach out for help. I will continue to fight for my faith, for my SELF, for my family, and I WILL continue to show up & sing."

Wynonna — whose 58th birthday is today — ended on an upbeat note: "Thank you all for your love and support. Let’s check in more often."

Ashley later told ABC News' Diane Sawyer that she was at her mother’s home in Tennessee the day Naomi took her own life.

Ashley stressed, “We’re aware that although grieving the loss of a wife and a mother, we are, in an uncanny way, a public family. So that’s really the impetus for this timing. Otherwise, it’s obviously way too soon. So that’s important for us to say up front.”

The actress said that Wynonna and their stepfather Larry Strickland had “deputized” her to speak for the family before details of that day were made public “without our control.”

Judd continued, “There are many places to begin. I think that I would start with — my mother knew that she was seen and she was heard in her anguish. And that she was walked home.”

“When we’re talking about mental illness, it’s very important and — to be clear, and to make the distinction between our loved one and the disease,” she shared. “It’s very real — and it’s enough to — it lies. It’s savage.”

"Our mother couldn't hang on until she was inducted into the Hall of Fame by her peers... that was the level of catastrophe of what was going on inside of her," she explained, saying, "The lie that the disease told her was so convincing... that you are not enough, that you are not loved, that you are not worthy. Her brain hurt, it physically hurt."

Ashley said she visited her mom’s house every day, and recalled on that day, “Mom said to me, ‘Will you stay with me?’ And I said, ‘Of course I will.’”

It was sometime later that a friend arrived at the house, and Judd said, “I went upstairs to let her know that the friend was there and I discovered her," adding, "I have both grief and trauma from discovering her."

“Mother used a firearm,” Judd revealed. “That’s the piece of information that we are very uncomfortable sharing, but understand that we’re in a position that — if we don’t say it, someone else is going to.”

“She obviously was suffering,” Ashley explained. “And, as such, her days up until that moment — were hurtful to her.”

The interview was also an opportunity to remember Naomi, who Ashley described as a “brilliant conversationalist.”

“She was a star, she was an underrated songwriter,” Judd said. “And she was someone who suffered from mental illness, you know, and had a lotta trouble getting off the sofa, except to go into town every day to the Cheesecake Factory, where all the staff knew and loved her.”

Judd added, “And I know everything about them, 'cause she told me everything about them. Or Duane at Walgreens, you know, who needs to get a dog. That’s the way she was. And she always had $100 bills stuffed in her bra, and she was passing 'em out to the janitorial staff. You know, just an unfailingly kind, sensitive woman.”

Ashley said her mother was most alive when she was performing, explaining, “She was very isolated in many ways because of the disease. And yet there were a lot of people who showed up for her over the years, not just me.”

“I really accepted the love my mother was capable of giving me, because I knew she was fragile," Judd said. “And every time we hugged and she drank me in, I was very present for those tactile experiences. Because I knew there would come a time when she would be gone, whether it was sooner or whether it was later. Whether it was by the disease or another cause.”

As the family continues to grieve, Ashley said, “We love each other and we are with each other.”

While her sister Wynonna did not join the interview, she did send Ashley a letter to share.

Wynonna wrote, “I’m thinking a lot about you today. I love you!!!! I’ve been looking at photos of us when we were little. LOL, Good Lord. You were such a cutie pie. I laugh and I cry, and I thank God we have each other. I need to take some time to process, and I need this time to myself.”

She continued, “I’m not ready yet to speak publicly about what happened, so I know you understand why I’m not there today. We will do this piece differently. We have each other, and I’m grateful we’re connected as we walk together through this storm. I just can’t believe she’s gone. I’m here. This will take time. I love you dear sister, I’m proud of you and I’m here whenever you need me.” 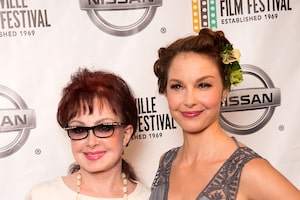 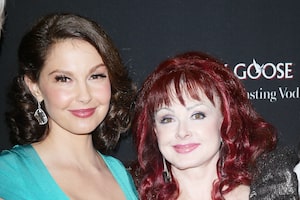 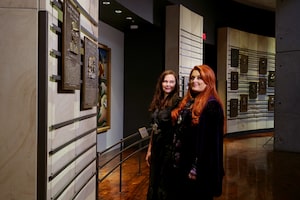 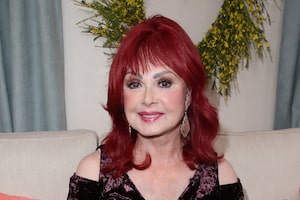