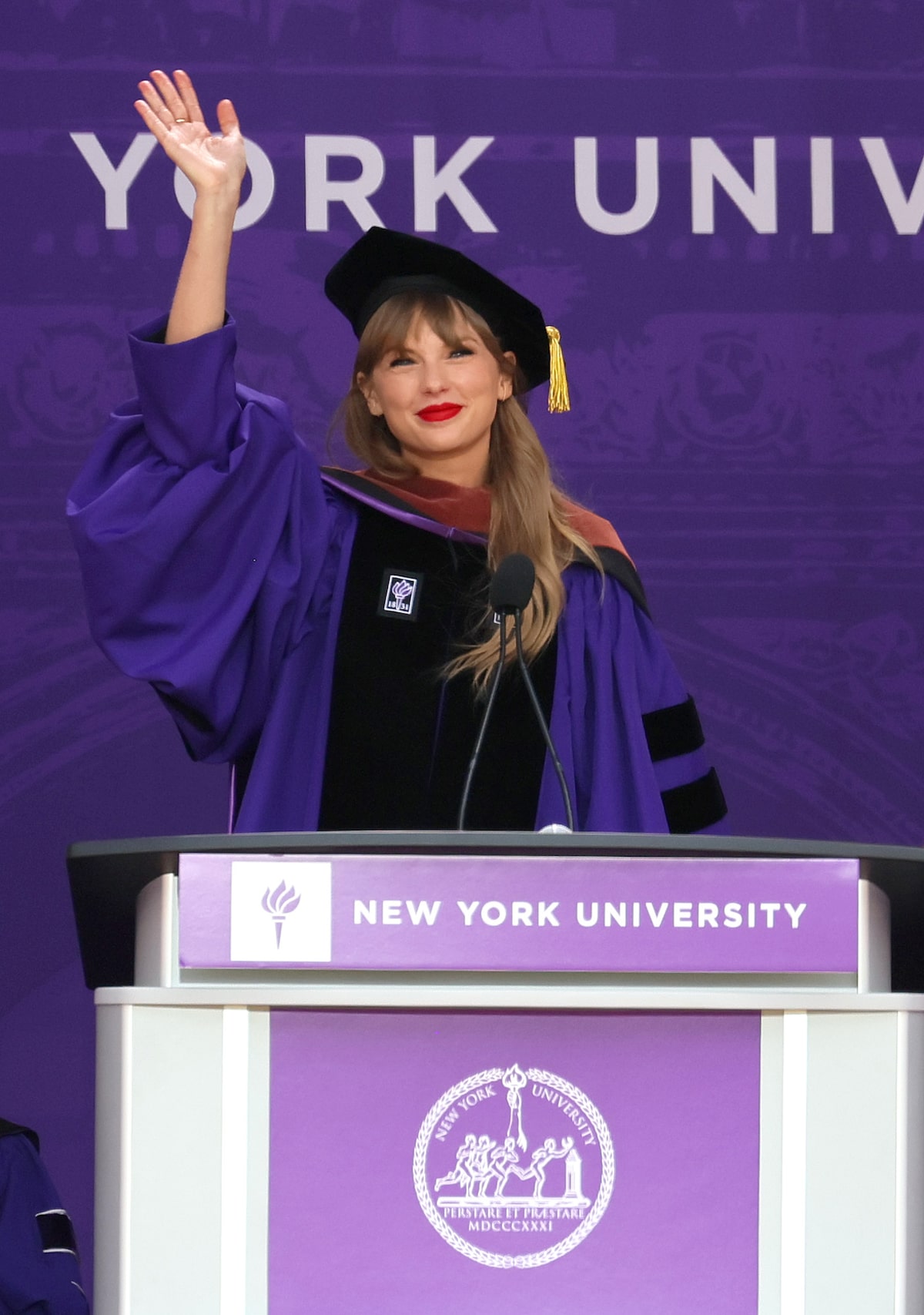 On Wednesday, Taylor Swift received an honorary doctorate from NYU.

Along with making some jokes, Swift also shared her wealth of knowledge while delivering the commencement speech.

She told the crowd at Yankee Stadium, “I'd like to thank NYU for making me, technically, on paper at least, a doctor. Not the type of doctor you would want around in case of an emergency unless your specific emergency was that you desperately needed to hear a song with a catchy hook and an intensely cathartic bridge section. Or if your emergency was that you needed a person who can name over 50 breeds of cats in one minute..”

Swift noted that she didn’t want to give “unsolicited advice,” but she has been asked to share some wisdom in this situation. She told graduates, “You worked and struggled and sacrificed and studied and dreamed your way here today until you know what you're doing you'll do things differently than I did them and for different reasons. So I won't tell you what to do cause no one likes that. I will however give you some life hacks I wish I knew when I was starting out my dreams of a career and navigating life, love, pressure, choices, shame, hope and friendship.”

“The first of which is life can be heavy, especially if you try to carry it all at once. Part of growing up and moving into new chapters of your life is about catch and release. What I mean by that is knowing what things to keep and what things to release. You can't carry all things all grudges all updates on your ex, all enviable promotions your school bully got at the hedge fund his uncle started,” Swift went on. “Decide what is yours to hold and let the rest go. Often times the good things in your life are lighter anyway so there's more room for them. One toxic relationship can outweigh so many wonderful simple joys. You get to pick what your life has time and room for you to start.”

During her commencement speech, Swift spoke about “cringe” moments and how they are part of life.

She stressed, “Secondly, learn to live alongside cringe. No matter how hard you try to avoid being cringe, you will look back on your life and cringe, retrospectively cringe. It’s unavoidable over a lifetime even the term cringe might someday be deemed cringe. I promise you you're probably doing or wearing something right now that you will look back on later and find revolting and hilarious so don't try to. For example, I had a phase where for the entirety of 2012 I dress like a 1950s housewife. But you know what? I was having fun. Trends and phases are fun. Looking back and laughing is fun and while we're talking about things that make us squirm but really shouldn't I'd like to say I'm a big advocate for not hiding your enthusiasm for things.”

While discussing her songwriting, Taylor emphasized that it is normal to be a “chameleon” in life. She emphasized, “We are all literary chameleons and I think it's fascinating. It's just a continuation of the idea that we are so many things all the time and I know it can be really overwhelming figuring out who to be and when. Who you are now and how to act in order to get where you want to go. I have some good news, it's totally up to you. I have some terrifying news, it's totally up to you.”

Swift opened up on the pressures she has faced in her own life and career and how she’s been able to embrace her past mistakes. She shared, “Being the youngest person in every room for over a decade meant that I was constantly being issued warnings from older members of the music industry, the media, interviewers, executives. This advice often presented itself as thinly veiled warnings. See, I was a teenager in the public eye at a time when our society was absolutely obsessed with the idea of having perfect young female role models. It felt like every interview I did included slight barbs by the interviewer about me one day ‘running off the rails’. … I became a young adult while being fed the message that if I didn’t make any mistakes, all the children of America would grow up to be perfect angels. However, if I did slip up, the entire earth would fall off its axis and it would be entirely my fault and I would go to pop star jail forever and ever. It was all centered around the idea that mistakes equal failure and ultimately, the loss of any chance at a happy or rewarding life. This has not been my experience. My experience has been that my mistakes led to the best things in my life… Getting back up, dusting yourself off and seeing who still wants to hang out with you afterward and laugh about it? That’s a gift.”

Taylor also addressed cancel culture while subtly referencing her past drama with Kim Kardashian and Kanye West. She noted, “Getting canceled on the Internet and nearly losing my career gave me an excellent knowledge of all the types of wine.”

“I know the pressure of living your life through the lens of perfectionism,” Taylor went on. “In your life, you will inevitably misspeak, trust the wrong people, under-react, overreact, hurt the people who didn’t deserve it, overthink, not think at all, self-sabotage, create a reality where only your experience exists, ruin perfectly good moments for yourself and others, deny any wrongdoing, not take the steps to make it right, feel very guilty, let the guilt eat at you, hit rock bottom, finally address the pain you caused, try to do better next time — rinse, repeat. And I’m not gonna lie, these mistakes will cause you to lose things. I’m trying to tell you that losing things doesn’t just mean losing. A lot of the time, when we lose things, we gain things too.”

Swift stressed the importance of breathing, joking, “I am a doctor now, so I know how breathing works.”

Hours before her commencement speech, Swift posted a video of herself putting on her cap and gown and posing for photos.

The night before, “Extra’s” Katie Krause spoke with Swift’s boyfriend Joe Alwyn, who said he was so proud of her. While promoting his show “Conversations with Friends,” Joe said, “It’s an incredible honor, it’s absolutely amazing.” 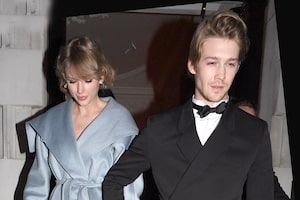 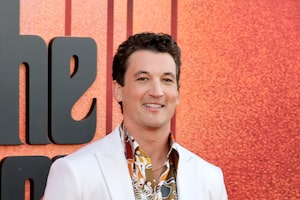 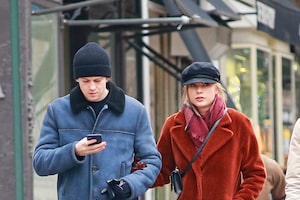