Kardashian’s sexy shoot has a futuristic vibe while also staying true to her latest looks… including a nude bikini with matching gloves by SKIMS!

Other shots feature the reality star in metallic silver and posing with a surfboard. The gorgeous pics were shot by photographer Greg Swales in the Dominican Republic. Danielle Levi styled the shoot, Chris Appleton served as hairstylist and Mario Dadivanovic as makeup artist.

Kim opened up about the cover, telling Sports Illustrated, “I vividly remember Tyra Banks on the cover and women with curves, I remember just thinking that was so cool… but I still didn’t think that I would… I thought you had to be a professional model and a runway model and it is always like really young girls. I don’t want to date myself or something but in my 40s, like, that’s crazy. I never thought in a million years that I would be shooting one myself.”

The magazine also featured an excerpt from a letter Kim wrote to her younger self.

In the letter, she wrote about ignoring criticism, saying, “It’s easy to say to just ignore the criticism, but another thing you’ll learn is that at some point it will click in your head that it’s not about you anymore. It’s about family. It’s about helping other people. For years you’ll be putting yourself out there… But you’re going to become a more private person and you’re going to come to realize that the way to get your story out there — the actual narrative, the truth — isn’t by engaging but by doing.”

As for the other cover models, there was Ciara striking a pose in a cowboy hat and leopard print swimsuit by LAQUAN SMITH. 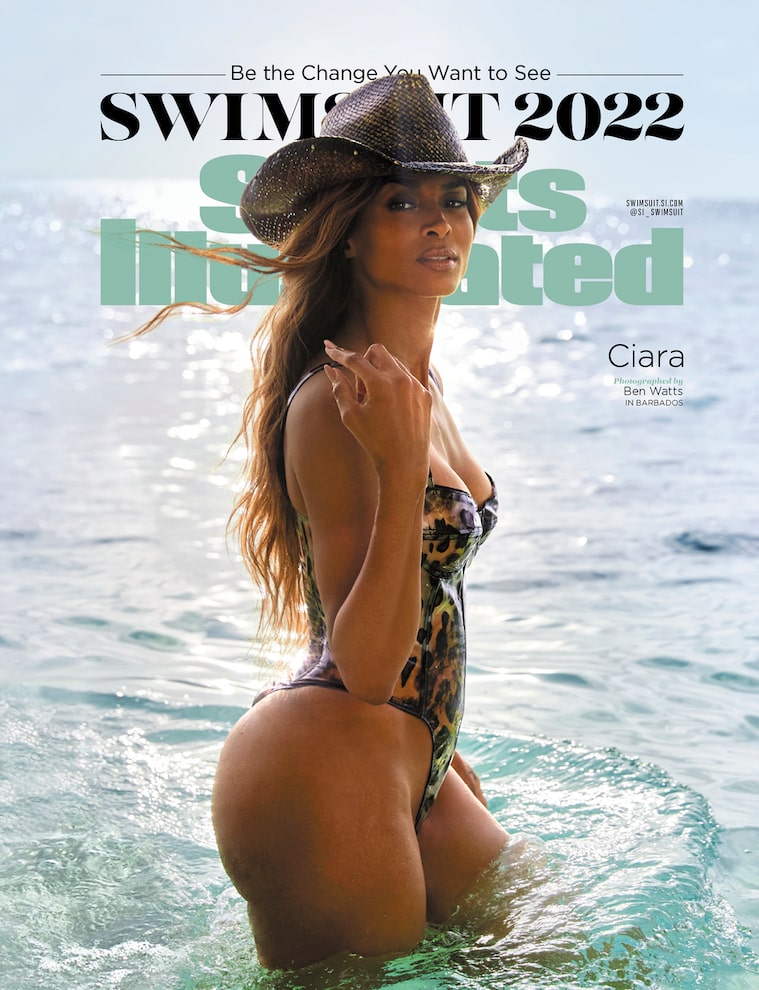 Maye in a ruffled one piece by Maygel Coronel. 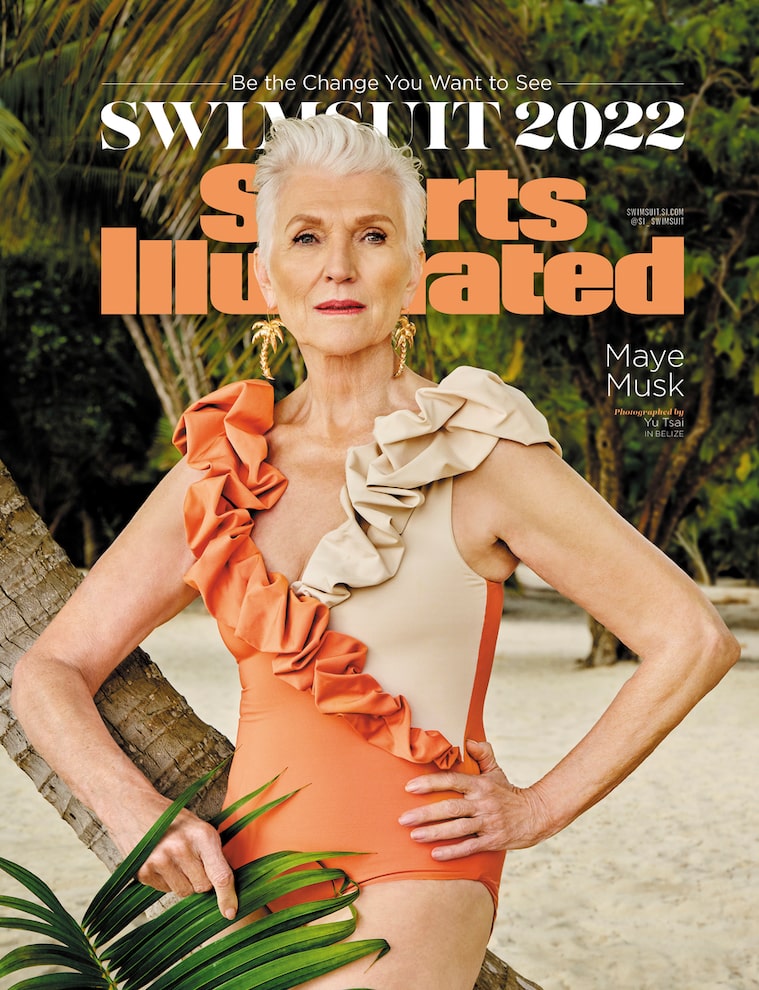 And Yumi in a hot monokini by Michael Costello x REVOLVE. 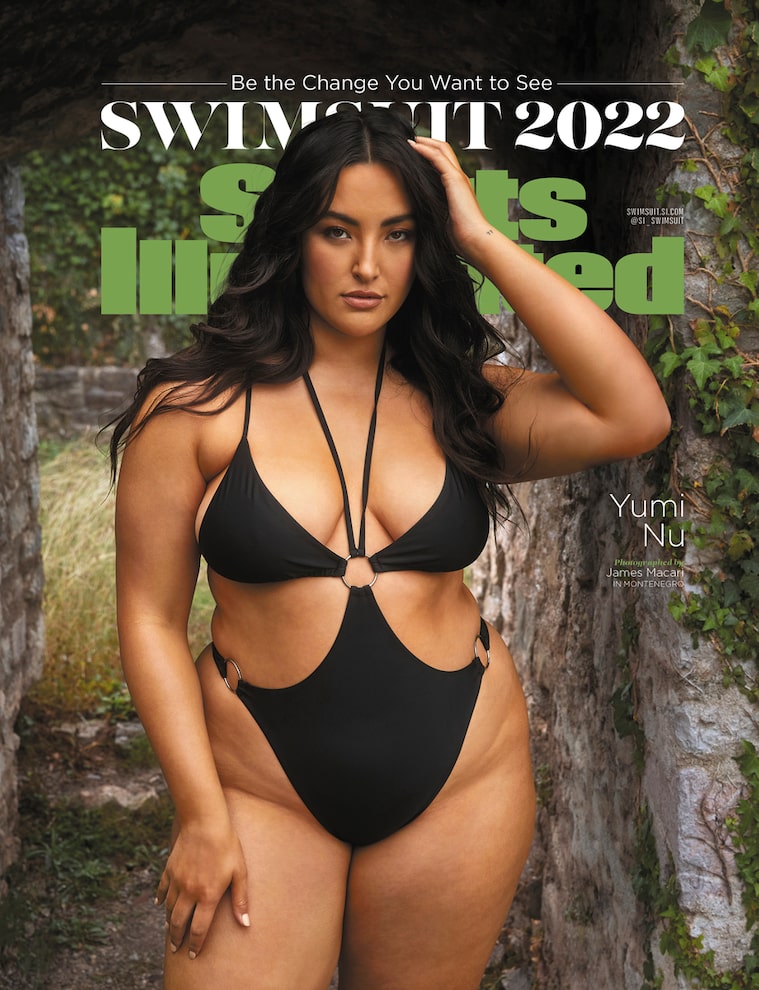 The 2022 Sports Illustrated Swimsuit Issue is on newsstands May 19. 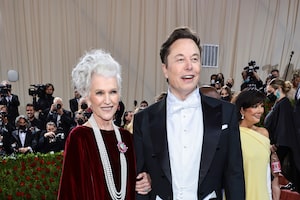 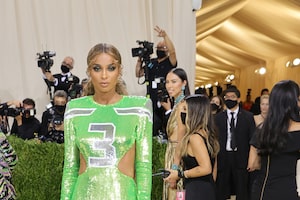 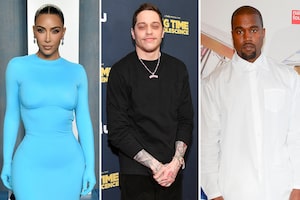