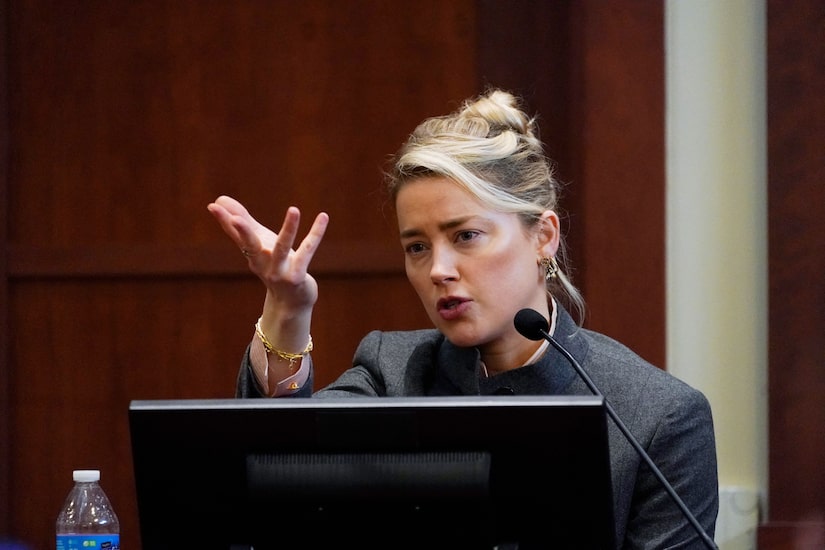 After a week off, Amber Heard resumed her testimony in Johnny Depp’s defamation suit against her on Monday morning.

When shown a 2015 photo of her bruised temple, Heard said, “Johnny had his hand on part of my face, with my face down, and he was punching my head, repeatedly punching me in my head. That is what caused that bruise in my temple.”

Heard testified that their honeymoon also became violent during an argument. She said, “Every time he would pull me away from the side of the car, he would slam me up against the wall.”

She claimed that clawed at Depp in attempt to get his arms away from her neck. Heard added, “He rips the shirt off of him and wraps it around my neck and that's how I woke up the next morning.”

Heard also recalled a time when she claimed that Depp became upset over a sex scene in her movie “London Fields.”

She testified, “I have an incredibly jealous man who already is upset with me for breaking the rule that I had a sex scene. On top of that, I'm telling him, ‘It wasn't me, I didn't shoot that scene,’ and you can imagine how upset he was. He was irate; calling me a liar and a whore, among other things.”

According to Heard, things got violent, with Depp allegedly slapping her across the face and punching her in the jaw. She said, “I went flying into this old church furniture.”

Heard claimed that her 30th birthday also included a violent episode of Depp, who she testified grabbed her by the hair and used her body as a way to knock off items from a table.

She said, “I remember trying to fight him off of me.”

After some push and shoving, Heard claimed that Depp grabbed her by the pubic bone. She testified, “He kind of pushed me down and was asking me, 'You're so tough? You wanna be tough like a man now?’ I remember feeling exhausted and crying."

Heard claimed that she told Depp, “'Can we not fight like this? Can we just not do this, please?' I was just so tired, hurt. I remember crying, feeling ridiculous."

She also testified that Depp threw a bottle of champagne at her on her birthday. While it I didn’t hit her, the bottle hit a painting she loved, leaving a hole in the canvas. She claimed that Depp also tossed her phone out the window and admitted she retaliated by throwing his out the window after it.

Heard also discussed the extent of Depp’s alleged drug use, saying that it was so severe that he was “hallucinating.”

Heard also denied any involvement in the fecal matter that was found in their bed. She said, “I don’t think that is funny, period. I think that is disgusting.”

Heard pointed the finger their dog Boo, saying, “She had some control issues. Hence, why she liked to burrow in the bed… We have to leave her in bed so that she wouldn't be encouraged to go to the bathroom, which would happen almost immediately once you put her down on the floor. And sometimes it happened in bed, too."

Two weeks ago, Depp discussing finding “human fecal matter” on the bed after an argument. He testified, “I was shown a picture of what the problem was. I had gone to Mr. Bett and said, 'She's at Coachella. I think it's a good time to go downtown so that I can get some of my things and get them out of there,' especially things that were precious to me... and he said, 'I don't think now's a good time to go.' And I thought, 'It's the perfect time. She's not going to be home for two days.' Then he showed me a photograph on his telephone of... it was a photograph of our bed, and on my side of the bed, was human fecal matter."

He argued that his dogs were not to blame, saying, “They're teacup Yorkies. They weigh about four pounds each. The photograph that I saw — I lived with those dogs for many years. It was not the dogs... I didn't feel like I deserved that kind of treatment."

Amber also testified that Johnny would take part in self-harm. She said, “He often, in fights, would cut his arms or hold a knife to his chest. Or draw blood, superficially at first but later — like in 2016, especially as our relationship was ending.”

“He also put cigarettes out on himself, he'd flick them at me, and once or twice tried to put one out on me, but mostly he would do it while screaming at me. He once did it right in front of me, screaming at my face as he put the cigarette out on his cheek,” Heard went on.

Heard also recalled meeting Tesla CEO Elon Musk at the Met Gala in 2016, saying, “[Musk] was there with his mother. He reminded me we had met before... He seemed like a real gentleman. He was really nice."

According to Heard, they then “became friends.”

Heard was also shown photos of herself after an alleged attack by Depp in 2016. She told the court, “This is my face after Johnny threw a phone at it.”

Heard also explained why she decided to donate her divorce settlement to the ACLU and Children’s Hospital. She said she donated the money over time, instead of giving one lump sum, because she received it in installments and wanted to collect tax benefits.

As for why she hasn’t donated all the money yet, she put the blame on the $50-million lawsuit.

Heard claimed that she is fully committed to fully fulfilling her pledges.

Amber opened up about how her career evolved after the divorce. She said, “I had to fight really hard to keep my career.”

She claimed that she got “canceled” from jobs.

Heard testified that she had to “fight” to stay in “Justice League” since that was when the divorce went down.

Heard claimed that her career “took a major hit,” but she was able to bounce back, securing her leading role in her 2018 movie “Aquaman.”

Amber explained why she released her op-ed, saying she wanted to raise awareness about “gender-based” issues. She commented, “I believed in some of the causes that the op-ed was seeking to advance. There was a lot of attention and energy around gender-based issues, gender-based violence issues, in general. I had recently become an ambassador for the ACLU… I was looking forward to the opportunity to lend my voice to what I thought was a great cause. It was a conversation around women’s issues and gender issues that I think the whole country was having at the time.”

When asked if she did the op-ed to raise sales for “Aquaman,” Heard noted that it didn’t work that way.

Heard testified that she was in negotiations for “Aquaman 2,” but the “communications stopped” after counterclaim statements were made by Johnny’s legal team, who accused her of being involved in a “sexual violence hoax.”

Heard claimed that the statements also hurt her partnership with L’Oréal and cost her a role on the TV show “The Stand.”

When asked if she’s been able to get any work since the statement, Heard said, “I have done one independent film [‘Into the Fire’].”

Heard testified that she was able to eventually film “Aquaman 2,” even though it was a reduced role. She claimed, “They took a bunch out of my role.”

As for the emotional impact of the statements, Heard stressed that she has to “relive” this, calling it “embarrassing” and “torture.” She said, “I just wanted to move on with my life… I have to relieve it every single time… I just want Johnny to move on.” 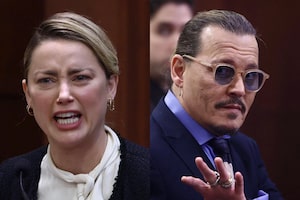 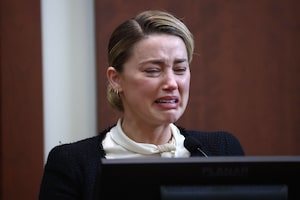 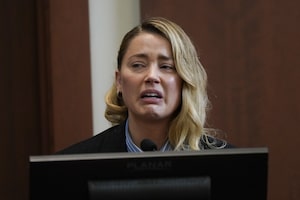