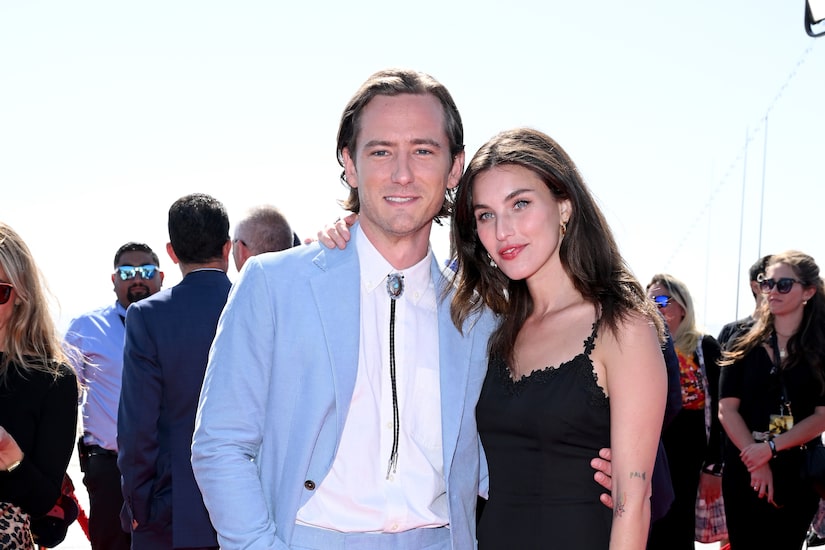 Last week, Rainey Qualley and Lewis Pullman made their red-carpet debut at the “Top Gun: Maverick” premiere in San Diego.

Following the premiere, Qualley gushed about her beau on Instagram, writing, “My heart is so full for Lew! Such a special day getting to watch my baby shine so bright at the premier of Top Gun Maverick yesterday. In theatre’s everywhere May 22nd and I can’t wait for y’all to fall in love with Bob :).”

The pair have been dating for over a year. She recently celebrated their relationship with a kissing pic, writing, “One year with my love ❤️.”

Qualley is the daughter of Andie MacDowell and Paul Qualley, and Pullman is the son of Bill Pullman and Tamara Hurwitz. Andie and Bill were co-stars in the 1997 film “The End of Violence.”

Qualley has been garnering acclaim and attention for her acting, as well as for her music.

Rainey most recently appeared on the big screen in “Ultrasound,” which is a challenging and exciting film full of surprises and twists. The movie is available on Demand Now.

She has also put on numerous singles as Rainsford.

“Extra’s” Senior Music Correspondent Adam Weissler caught up with Rainey to talk about the movie and more — watch!