JoJo Siwa and Kylie Prew have rekindled their romance!

Siwa confirmed the news with some loved-up Instagram pics, and the caption, “If you love something let it go, if it comes back….”

It looks like the reunited couple was celebrating their love at Walt Disney World.

There was plenty of speculation that JoJo and Kylie were back together after Siwa’s dad Tom posted a series of photos with the girls at Disney World over the weekend, calling them his “Ride partners…”

The pics included lots of selfies of the trio on rides at the park, and JoJo looked like she might be giving Kylie an air-kiss in one of them!

Siwa recently revealed to “Extra” that she was “in love.”

At the time, Siwa didn’t reveal who she was dating, only saying, “I’m very happy, I’m very much so in love. I… am really lucky that I’m loved unconditionally, too, by this human and she is awesome.”

Fans started to suspect she had rekindled her relationship with Prew.

Siwa commented, “It would be really nice if she was at my home. We’re long distance, which is always hard. She is the best, and FaceTimes and when we do actually get to see each other, my heart is just like…

In October, the 18-year-olds broke up after less than a year of dating.

The news broke while JoJo was competing on “Dancing with the Stars.” 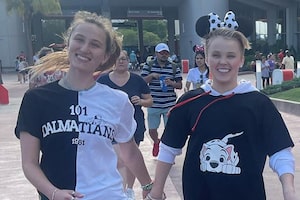 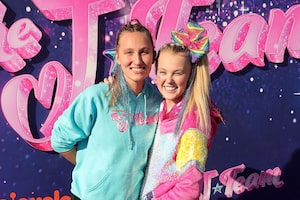 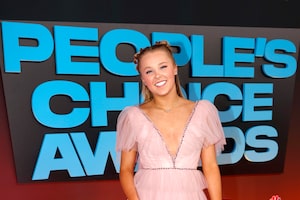