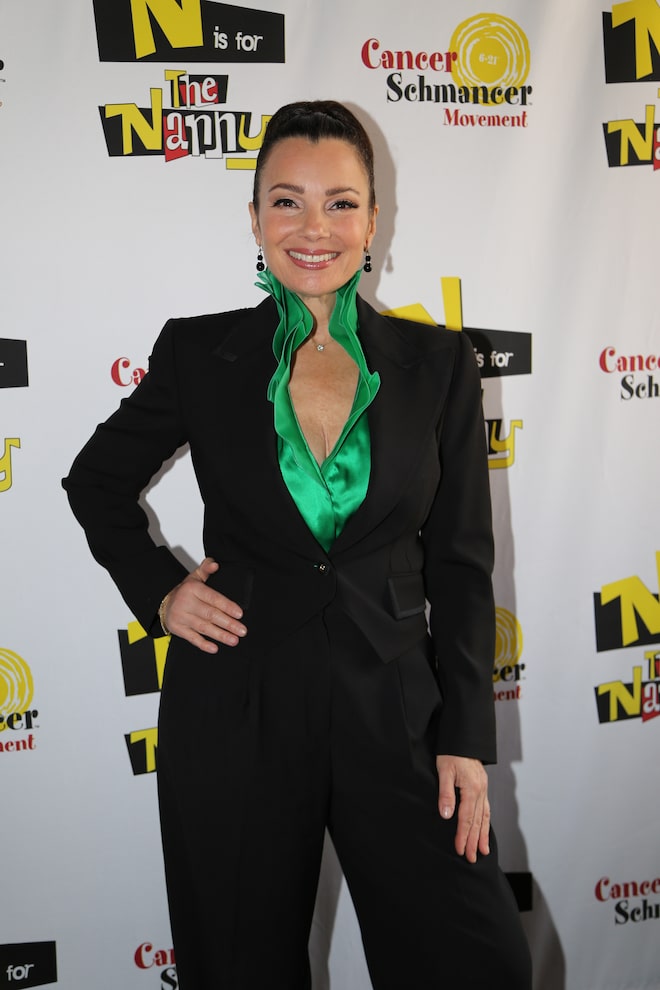 Almost 30 years after her classic series debuted, Fran Drescher is celebrating a new project related to "The Nanny" — and speaking out about women's health.

"N Is for the Nanny" is a new book from longtime fan Rebecca Kelly that revisits all the show's characters in a witty, A-to-Z format featuring colorful illustrations by Gary Chestney.

On Thursday, Drescher, who contributes a foreword to the special limited release, told attendees at an intimate book launch at the Columbus Circle restaurant Robert in NYC that all proceeds from the publication will benefit her nonprofit Cancer Schmancer Movement, a cause close to her heart: she overcame uterine cancer in 2000.

"We're all about pivoting Americans' health from trying to cure an end-symptom to asking ourselves, 'Why do we get sick in the first place?'" she said about Cancer Schmancer. "Let's not get cancer at all — how's that for a cure?"

Looking elegant in a black suit over an emerald-green chiffon blouse, the 64-year-old star then opened the floor to questions. When her ex-husband and creative partner Peter Marc Jacobson playfully asked, "Is that your real voice?" Fran replied, "Who could make this up?!"

Getting serious, Drescher — recently elected president of SAG-AFTRA — noted that she wasn't waiting for politicians to help combat cancer, saying, "We, as Americans, have to get out of the chemical industry, and we have to dial everything back to a much... simpler time, when ingredients were basically stuff that might've grown in your grandma's garden. I think that Americans, for the most part, are trapped in a revolving door of toxic exposure, chronic illness, and drug dependency."

She also spoke about the recent leak of a draft document that suggests the U.S. Supreme Court is poised to overturn Roe v. Wade, nullifying the national right to abortion, saying, "For me, I think that once you feel it's okay to [legislate a woman's body], then it's a slippery slope towards justifying violence against women, and that's why I'm opposed to overturning this." 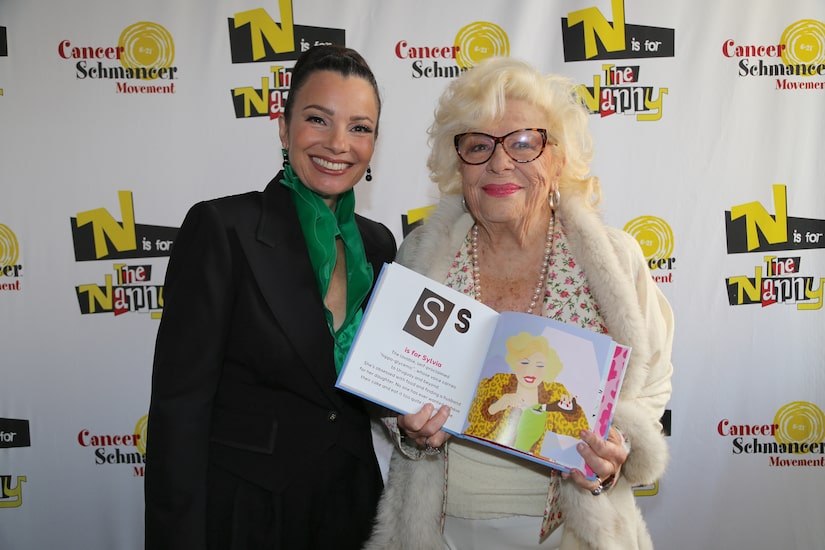 Drescher, joined by her "The Nanny" co-star Renée Taylor, said of their show's enduring appeal, "I think we really lucked out. We hit the bull's-eye, and it became classic television... It has withstood the test of time... 'The Nanny' affords me the opportunity to speak on the issues that I'm passionate about. I leverage my celebrity that I've been blessed with because of 'The Nanny' for the greater good."

In response to a question, Drescher acknowledged that late superstar Elizabeth Taylor, a guest star on "The Nanny" in 1996, was one of her role models as an activist.

Fran also treated the room to her famous laugh when she caught a glimpse of a '90s scene of herself on a nearby TV screen. "I just saw myself in a bikini and I'm, like, in shock! Oh, my God — what 30 years will do." 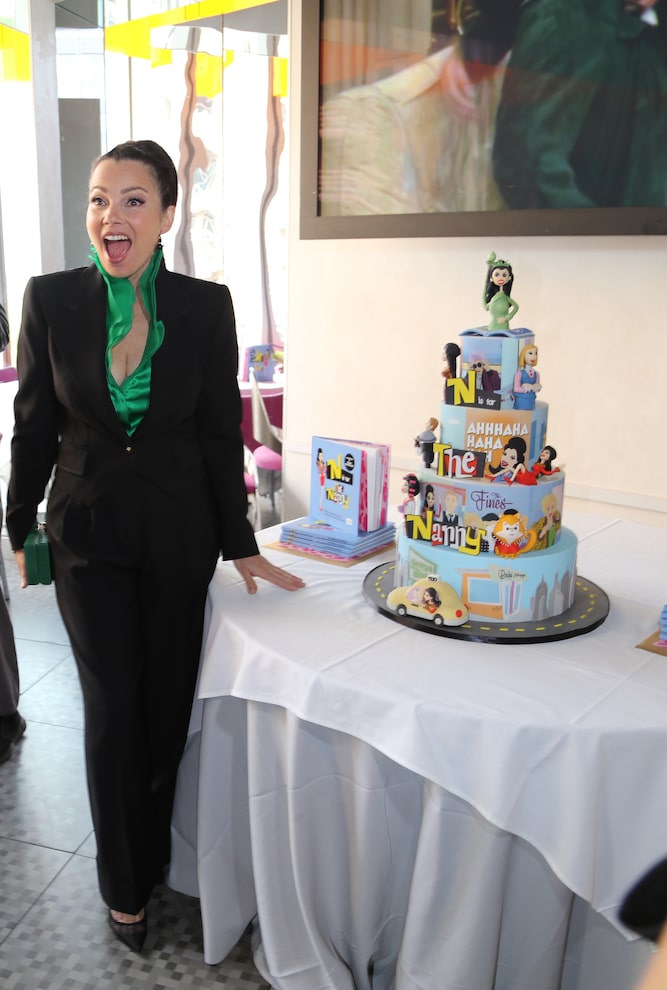 "N Is for the Nanny" is on sale now. Classic episodes of "The Nanny" are available on HBO Max. 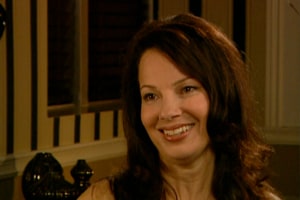 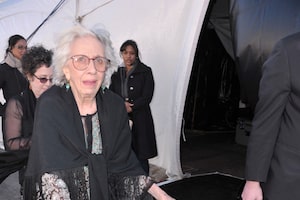 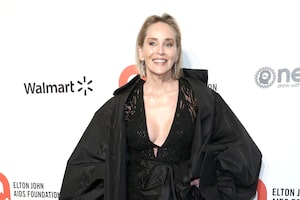 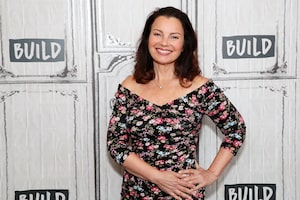 Fran Drescher’s ‘The Nanny’ Broadway Update, Plus: Will She Appear on ‘DWTS’?