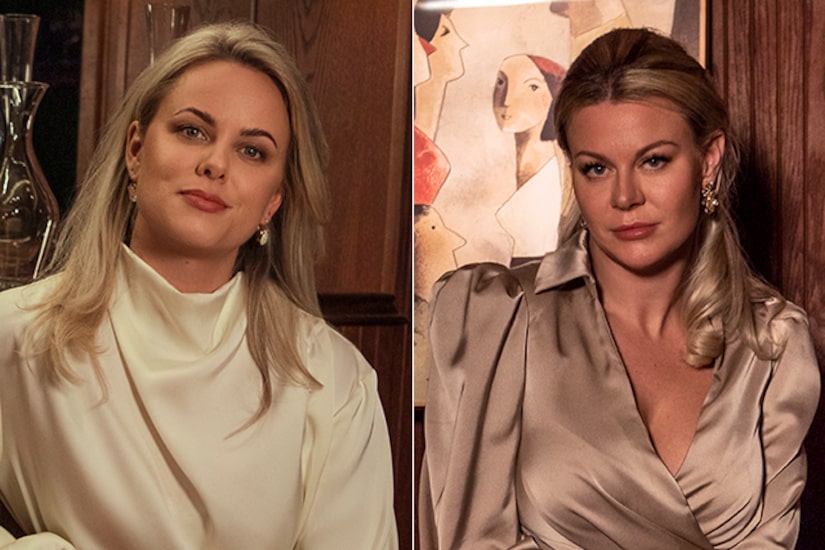 Fake diamond dealer Simon Leviev is the alleged conman who seduced and scammed more than $10 million from women around the world.

Two of his alleged victims, Cecilie Fjellhøy from Norway and Pernilla Sjöholm from Sweden, came forward to tell their stories of being defrauded in Netflix’s most-watched documentary ever, “The Tinder Swindler.”

“Extra’s” Terri Seymour spoke with Cecilie and Pernilla, who gave updates on their lives after they were allegedly conned by Simon.

Cecilie shared, “The truth is Simon was so good at his job as a fraudster, so it was really difficult to catch him.”

Fjellhøy is now rebuilding her life in London, while Sjöholm has moved to Spain, where Simon allegedly faces an arrest warrant for using a fake driver’s license when he got his Maserati stuck on a Spanish beach.

Leviev's rep recently denied the story, telling TMZ, "There was never a pending investigation or anything sent to the address. He paid 100 euros and went on his way."

Pernilla has moved on from their relationship and is now living with her boyfriend.

When asked if she met her new boyfriend on Tinder, Pernilla commented, “No, not on Tinder. I’m not on any dating apps.”

Despite what went down with Simon, Fjellhøy believes she’ll be able to trust a man again, and is even giving dating apps another try.

Pernilla noted, ‘There’s a lot of good men out there — she just caught one bad one.”

Sjöholm is also ready and willing to help authorities in Spain to catch Leviev, saying, “I’m like, ‘Anything you need, I am here, officers.’”

Pernilla is still “hoping for [Leviev] to go to jail” for his alleged crimes, saying, “He’s a danger to society, so we’re fighting for that and were not giving up.”

As for some red flags that people should watch out for to avoid being conned, Sjöholm shared, “Someone being overly emotional. Love-bombing.”

Fjellhøy added, “When money meets love and love meets money, ‘You love me if you do this…’ Then you’ve gotten properly brainwashed… It's a very difficult slippery slope to go down.”