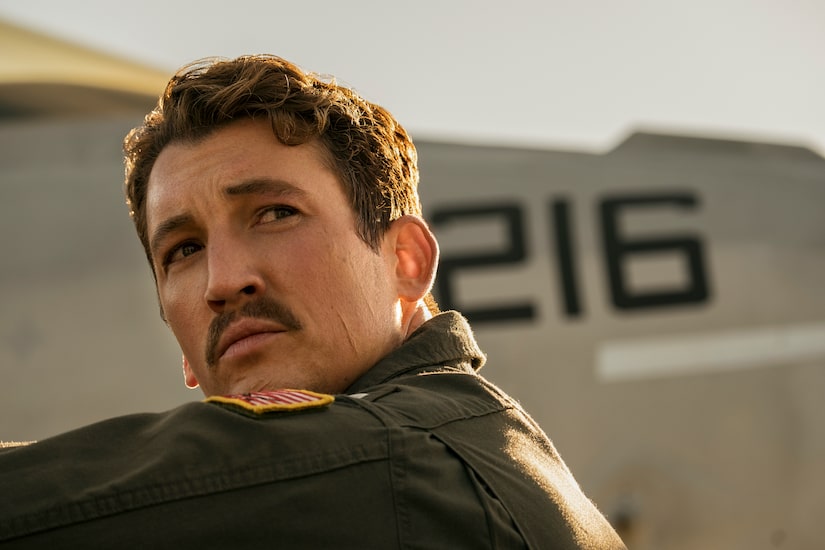 The 36-year wait is almost over… “Top Gun: Maverick” is just days away and Tom Cruise is in the pilot’s seat surrounded by a star-studded cast who went through his fighter jet boot camp.

“Extra’s” Rachel Lindsay was with Miles Teller, Jennifer Connelly and Jon Hamm to talk about the action movie.

Miles plays Goose’s son Rooster, and he shared, “The character of Goose in the original was pretty iconic and so I wanted to make sure I maintained some of that DNA and did the mustache and a little bit of his wardrobe, the Hawaiian shirt thing.”

As far as the intense training, Miles confessed, “I think I severely underestimated what it takes to be able to get up in an F/A-18 everyday… fly with the best pilots in the world. Every time I went up it was a very similar feeling of ‘keep it cool, keep it cool.’”

Connelly is Penny Benjamin, Maverick’s love interest. She confessed she had a fear of flying, but got up in the air anyway.

Jennifer told Rachel, “I had no flying in the film because I don’t play an aviator, but that changed because Tom thought it might be fun for us to go up in this P52 and do some gentle rolls and things like that.” She confessed the experience was actually “therapeutic.”

She insisted that Tom “didn’t have to convince me, he just asked… or actually he just told me that is what he would like to do and he’s so darn cool you don’t want to say, ‘I’m scared of flying.’”

Rachel also interviewed Glen Powell, Danny Ramirez and Greg Tarzan Davis — but things got a little derailed by a bee!