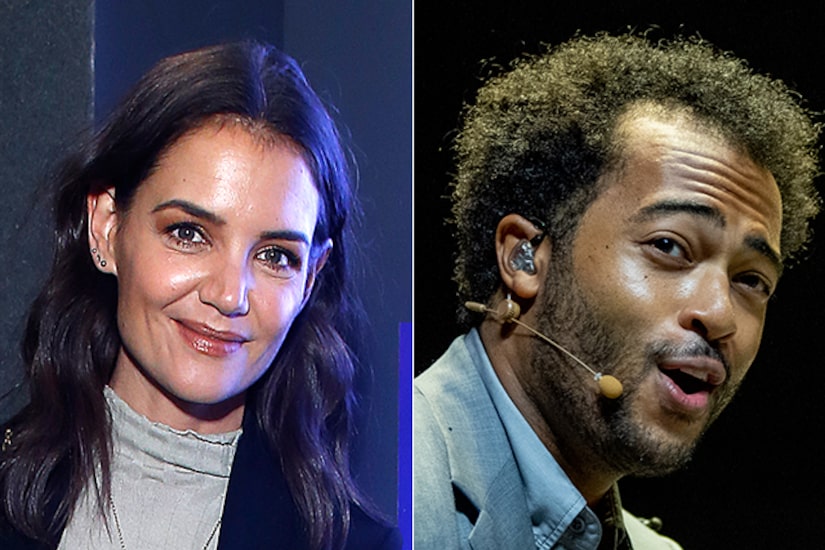 After calling it quits with restaurateur Emilio Vitolo, Katie Holmes has a new man!

Holmes was photographed packing on the PDA with musician Bobby Wooten III in photos obtained by People magazine.

Along with holding hands and flashing big smiles on their faces, the two were also seen sharing a passionate kiss in New York City.

At one point during their outing, Katie and Bobby were joined by her mom Kathy, who gave him a hug.

While out in the city, the pair enjoyed a trip to the Guggenheim Museum and Central Park.

It is unclear how long Holmes and Wooten III may have been dating or when they met.

They are both following each other on Instagram, so could they have met online?

Wooten III has not given any hints of their relationship on social media. He recently posted about performing with Carly Rae Jepsen at Coachella.

A year ago, Holmes’ rep confirmed her split with Vitolo, telling Us Weekly, “The pair have parted ways amicably but remain friends.” 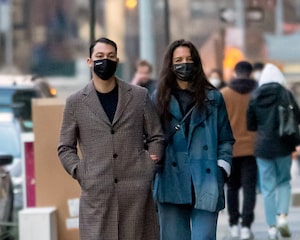 Another source shared with the outlet, “Katie and Emilio really enjoyed their time together — it just simply didn’t work out. She’s focusing on being a mom and her upcoming projects.”

The two have been subject to split rumors for weeks before the confirmation. A source claimed that the romance was fizzling, telling Page Six, “Katie has a lot of big priorities in her life — she’s a single mom, her daughter always comes first, and things were moving very fast.”

Before Emilio and Bobby, Katie dated Jamie Foxx for six years, but they ended their romance in 2019.

While they had been very private about their romance for many years, Jamie and Katie were just starting to step out together before they broke up.