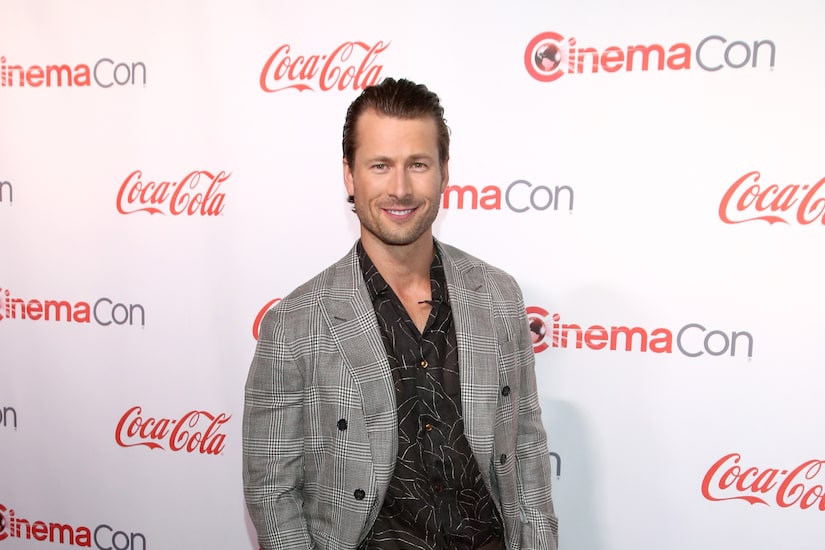 Actor Glen Powell was honored as the Star of Tomorrow at the CinemaCon Big Screen Achievement Awards!

“Extra” spoke with Glen about the honor and the exciting CinemaCon preview screening of “Top Gun: Maverick”!

Powell shared, “I mean, by the way, I’ve seen the movie before and I was, like, sweating. Like, my whole shirt was drenched. I totally forgot how intense that movie is.”

As for seeing the movie in a theater, Powell said, “I mean, watching that with an audience… was so special. You make a movie, you throw your heart and soul into a movie like this, and you just hope that people feel the same way that you feel about it, and the fact that everybody reacted the way they did, it’s just… it means a lot… I really feel like this movie is going to rock.”

Glen opened up about the pressure of making a “Top Gun” sequel and the speech that Tom Cruise gave everyone before filming.

He commented, “‘Top Gun’ is one of the reasons I became an actor, so that pressure was high, and then Tom Cruise gave us a speech before we started the movie and said, ‘Guys, making this sequel is going to be like hitting a bullet with a bullet. We’re going to have to work like the odds are stacked against us and we’re going to have to work really, really hard… in order to prove everybody wrong,’ and… I feel like we hit that bullet with a bullet.”

Glenn revealed that the Star of Tomorrow award was the first solo award he’s ever gotten. He noted, “I got the SAG ensemble award with ‘Hidden Figures.’ I’m very honored. This is very exciting… especially after the pandemic when people question if movies are going to come back and to what degree. I feel lucky as an individual, but I also feel lucky for the business that everybody’s come back to the theaters and in such droves.”