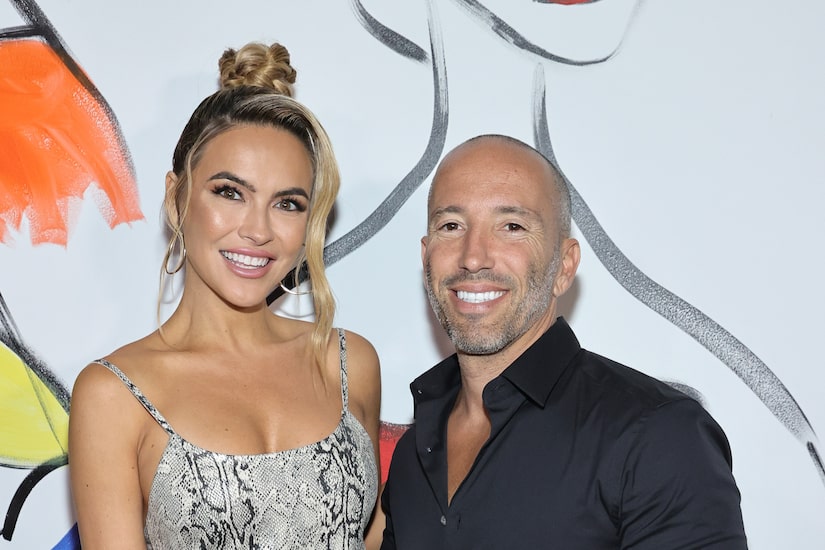 Jason Oppenheim is opening up to “Extra’s” Katie Krause about the aftermath of his split from Chrishell Strause and what it was like watching it back during Season 5 of “Selling Sunset.”

Along with sharing the status of their relationship now and whether he is ready to date, Jason also weighed in on all the drama with Christine Quinn.

Jason admitted, “It was extremely difficult to watch Episode 10, to say the least.”

Episode 10 documented his split with Chrishell. When asked if he knew how emotional Chrishell was when they got off the phone, Jason said, “That was a difficult time for both of us, but you know, to see that scene was extremely difficult for sure, and yeah.”

Their relationship and breakup was very public, but Oppenheim declined to offer the specifics on whether they got to the point of making embryos. He said, “I’ll pass on the details of all that… I’ll let the show speak for itself and I don’t want to violate any, you know, privacy between us.”

Katie said, “It still feels sensitive for you to talk about. Is it?”

“Yeah, it is,” Oppenheim replied. “There’s a lot of love there.”

Jason called it a “bittersweet season,” saying, “I thought the season was great and I think it’s, you know, maybe our best and it’s certainly doing very well… So I think I’m happy on that front… But yeah, it was by far the most difficult season for me to watch.”

How is Jason and Chrishell’s relationship now?

He answered, “We filmed a reunion a few days ago, which will come out, I think, next week… And I think that will explain some of where we’re at… And I think that was a helpful, a difficult but also a helpful day for us… Certainly for me in terms of just, you know, working through the breakup and… our relationship and moving forward.”

He added, “But I’m happy with where we’re at and I think that we’re going to end up in a really good place together.”

The real estate broker is not ready to date just yet. As for possibly hitting the dating scene in the sixth season, Jason quipped, “I highly doubt that. I’m not dating yet and it might be a while. I’m not quite there yet.”

What will occur is the drama with Christine Quinn, who has been accused of trying to bribe a client, allegations she denies.

There were rumors swirling that Christine was fired. Jason said,  “So I also address that in the reunion. And I think it’s complicated… That’s something that I want to do in person and I hope that we can do that… but I answer that in the reunion. I’ll let that speak for itself.”

Christine was not part of the reunion taping, saying she tested positive for COVID-19, but she was seen at a photo shoot two days later.

In response to her appearance at the photo shoot, Jason said, “The truth is... I don’t know… She wasn’t there. She has her reasons. I’ll let them speak for themselves.”

Is there a “Selling Sunset” without Christine?  He commented, “I think that’s something that needs to be discussed… as we probably move forward through additional seasons.”

A sixth season hasn’t been confirmed yet, but it could be “a little bit” before we get to watch a new season. He explained, “We’d have to get through lots of filming and post-production.”