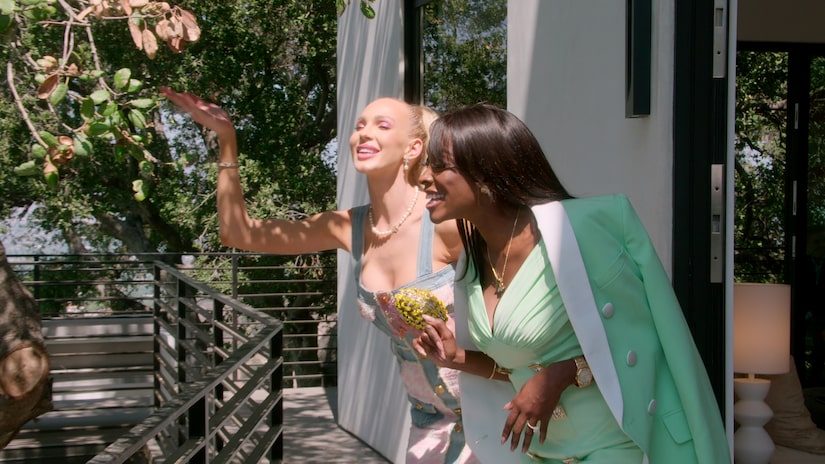 “Extra’s” Katie Krause spoke with Lazkani, who reacted to that Christine Quinn finale bombshell and reveals why Chrishell and Jason’s breakup made her so emotional.

When asked whether Christine left the brokerage, Chelsea said, “Can you tell me? I’ll be really upset, honestly, if she does… I’m probably gonna cry, so when you find out, please let me know because I have no idea."

“If we have all the information, we can’t fake,” Lazkani pointed out. “If Christine is leaving the brokerage, I won’t know because they will want to keep that part of it very organic for TV and get that reaction.”

In the fifth season, Emma accused Christine of offering money to someone so they wouldn’t work with Emma. Is that true? Chelsea commented, “I genuinely have no idea… I’m friends with both of them… I’m so opinionated that I don’t need to know things that don’t affect my own pocket, especially when it pertains to two people I deeply care about.”

While Christine and Chrishell aren’t friends, it isn’t challenging for Chelsea to juggle her friendships with both of them, saying, “I’m a wife and I’m a mother and I’m a businesswoman, so that takes precedence over everything. When I choose to give my energy to drama, it detracts from my energy of being a mother and being a good wife… I choose not to focus my energy there.”

Chelsea also weighed in on Chrishell and Jason Oppenheim’s breakup. She said, “I saw such a true and genuine connection. They loved each other so much and it was so visible. Hearing that they broke up made me so sad because I was like, this is it, this is the happily ever after, and I think it affected everybody that cared about them.”

She noted that watching the breakup on TV gave her chills. She explained, “It really did because for someone that was very close to the situation, I saw how real the love was, so that made me really sad.”

Chelsea has “no idea” if Chrishell and Jason will reconcile.

Season 5 of “Selling Sunset” is streaming now on Netflix.