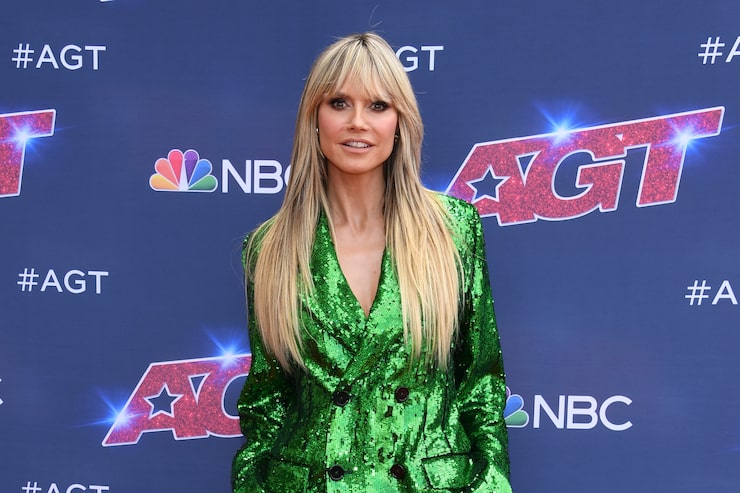 Heidi Klum is back with the “America’s Got Talent” gang!

Heidi, Alessandra, and Candice were all previously Victoria’s Secret Angels.

Heidi shared, “It was so much fun, and I have to say Kim was there… She was just like… ‘I’ve been watching you guys all this time and now I can’t even believe it, you’re all here in my studio and you’re shooting this for me,’ and I was like, ‘Well, why are you not in the photos?’ and she’s like, ‘No, no, it’s all about you girls,’ and I’m like, ‘No, no, no, you should be in the photos.’ The clothes came off. She just hopped right in.”

Kim treated them to beignets. Heidi revealed, “When we were shooting, she had like a truck of beignets, which I’ve never had before, so that was a little tricky, shooting in lingerie, also with five beignets in your stomach. That was a lot but good.”

Klum also opened up about attending Coachella with hubby Tom Kaulitz. She commented, “This was my first time at Coachella… I’m more of a Burning Man lover because you know it’s just so much space there and I love the art and you can just ride around your bicycle and you’re like really, really dusty. I feel like Coachella is more about, like, who’s wearing what, and then you have to run to this concert and then you quickly have to go to that concert. I have so many blisters on my feet from running everywhere. I had no idea. And then it’s freezing at night, but it was a lot of fun.”

Klum loves her Golden Buzzer act, raving, “I was, like, in my heart, I was like, ‘Okay, I’m not gonna push for an act that is in this category. I’m gonna pick a totally different category this year, but then what happens is when you see [them] in front of you, you can’t help it. I fell in love with this person and I had to push, and obviously I don’t regret it at all.”