Chanel posted a photo of Davon kissing her on the cheek at the Revolve Festival during the first weekend of Coachella.

Davon responded to the post with, “I love you.”

The festival was attended by other big names, including Timothée Chalamet, Kim Kardashian and Kendall Jenner.

It is unclear how long they have been dating.

In January, a source told Us Weekly that Chanel and Sterling quietly separated and “getting divorced.” The insider added, “They are going to try and remain civil and friendly towards each other.” 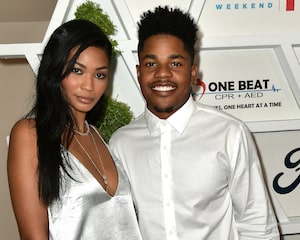