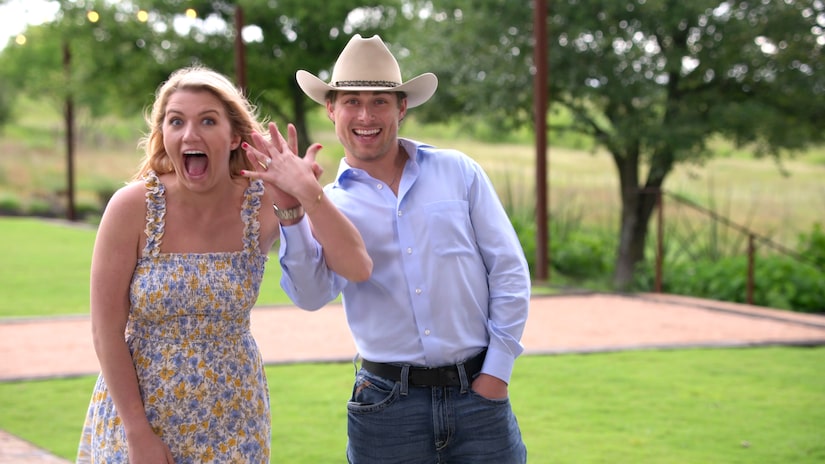 “The Ultimatum: Marry or Move On” stars Madlyn Ballatori and Colby Kissinger have a baby on the way!

During the reunion episode of the Netflix series, it was revealed that Madlyn is 35 weeks pregnant with their first child.

The pair just opened up about their pregnancy to Buzzfeed. She learned about her pregnancy during their joint bachelor and bachelorette party, saying, “We had a big beach weekend, and then we came home. I was feeling a little weird, so I took a test. I was just shaking. I couldn't believe it. I was excited. I was scared! I don't think I slept for, like, three nights, but Colby [was in tears]. [He] can't wait to be a dad. He's the only person more excited about this than I was."

The pair ended up legally tying the knot at a courthouse with an executive producer of the show. She elaborated, “We were common-law married — but we did go to the courthouse the next day with one of the executive producers. We had a whole day, and that was really, honestly even more sweet; it was even more intimate. There wasn't a whole set of camera crews! Yeah, so we are legally married."

Initially, they had plans for a big wedding until she found out about her pregnancy. She said, “Colby gave me my small wedding, and he just kind of kept going on about, like, 'Man, I really want a donkey with drinks!' And he wants, like, a tent and a green-velvet carpet. He really wants the whole thing! So I went and got a dress, but then I got pregnant.”

They are hoping to have “some sort of celebration” with a “tent and a green-velvet carpet” next year.

As for how their pregnancy has helped their relationship, Madlyn shared, “Honestly, that's probably been a huge help — not because we're stuck together, but because we've been forced to make really long-term, smart, sit-down decisions. We're not out drinking every night. We're at home talking about what it's going to be to set our family up for success and be the best that we can be — not for each other only, but for our kid also. It's been everything."

Things weren’t always smooth for Madlyn and Colby. On the show, Colby gave an ultimatum to Madlyn, who was not ready for marriage. They briefly separated, with Colby pairing with April Marie and Madlyn pairing with Randall Griffin.

At the end of the show, Madlyn and Colby decided they wanted to stay together and get married in a nonbinding wedding.