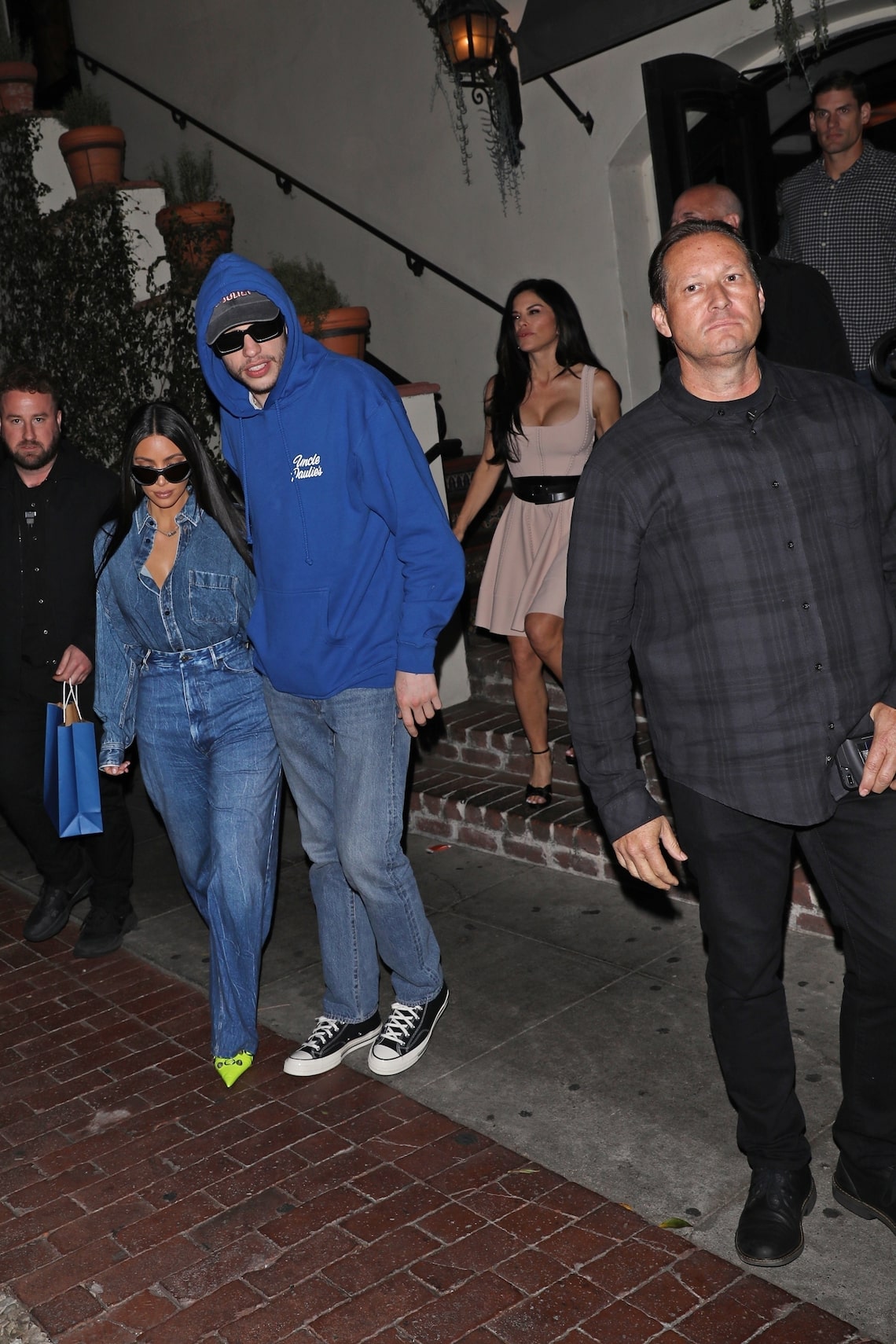 Kim and Pete were photographed wrapping their arms around each other as they were leaving the popular restaurant, with Jeff and Lauren only steps behind.

Earlier in the day, Kim shared PDA pics of herself with Pete from their dinner date at Jon & Vinny’s, where they went after attending the premiere of “The Kardashians” last week.

Along with posting two Instagram photos of them cozying up together in a corner booth, she wrote on Monday, “late nite snack.”

TMZ reports they ordered the Ham & Yeezy pizza, which was named after her ex, Kanye West.

A source told the outlet that they ordered salad, pasta, meatballs, chicken parmigiana, and cookies!

A day after their double date with Jeff and Lauren, Kim opened up on her first kiss with Pete in October, which happened during a “SNL” skit in which they played Aladdin and Princess Jasmine. She told Amanda Hirsch on the “Not Skinny but Not Fat” podcast on Tuesday, “When we kissed, I was just like, 'Hmm!’ It was a stage kiss, but it was still like, a little zing. It wasn't anything like a super, crazy feeling. I was just like, 'Hmm,' and then I was like, 'Wow, I really haven't kissed anyone else in 10 years, so maybe I'm just like being stupid and it's just nothing and it's just a stage kiss."

Kardashian recently discussed their relationship in an interview with Hoda Kotb on her podcast “Making Space.”

She admitted, “I think that, you know, sometimes things happen when you just least expect it. It was the last thing that I was really planning on. And so when it did happen, we were kind of, like, 'Oh, my God, I wasn't planning on this. And this isn't even what I was thinking of,' and it just makes it that much sweeter and so much more fun.”

A year ago, Kim filed for divorce from ex Kanye West. She took her time before dating again.

She told Hoda, “I took, you know, 10 months or something before I dated or talked to anyone. And I just wanted that time to really figure out and go through the motions: 'Am I making the right decision? How do I feel about this?' So once I went through all of the motions, I finally was, like, 'Okay, guys, I am so ready to meet someone.' And I randomly did."

Kardashian said she was having “so much fun” with Davidson, who she said also goes on errands with her! She shared, “We were driving in the car yesterday and I just, like, looked at him and I was like, 'Thank you.' And he was like, 'What?' And I was like, 'For running errands with me, like, this is so much fun just to, like, go to a doctor's appointment or go to the dentist and just, like, run errands.”

Kim also gave some love advice to Hoda, who called off her engagement with Joel Schiffman in January. She noted, “We all know someone that's been through a really hard time in relationships and everyone's been okay and everyone comes out okay. So you just have to, like, let yourself go and open yourself up to receive something and just be a good person and you'll get that back.”

In another recent interview with Robin Roberts, Kim described herself as “relationship kind of girl.” She added, “I wouldn't be with someone if I didn't plan on spending a lot of my time with them. Obviously, I want to take my time, but I'm very happy and very content. And, it's such a good feeling just to be at peace."

The new season of “The Kardashians” will focus on the beginning of their relationship so viewers will see "how we met and who reached out to who and how it happened and all the details that everyone wants to know."

She told Variety, “I'm definitely open to talking, and I definitely explain it."

They have been dating since at least October.

“Extra’s” Katie Krause recently spoke with Kim, her sisters and their mom about who could get married next after Kourtney and Travis Barker.

Kim stressed, “You just never know with this family.” 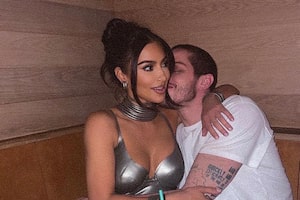 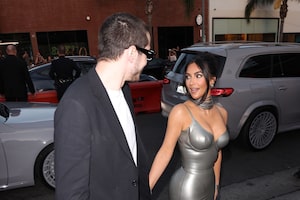 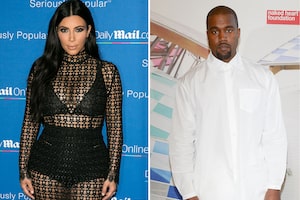 Kim Kardashian’s New Confessions About Her Relationship with Kanye West