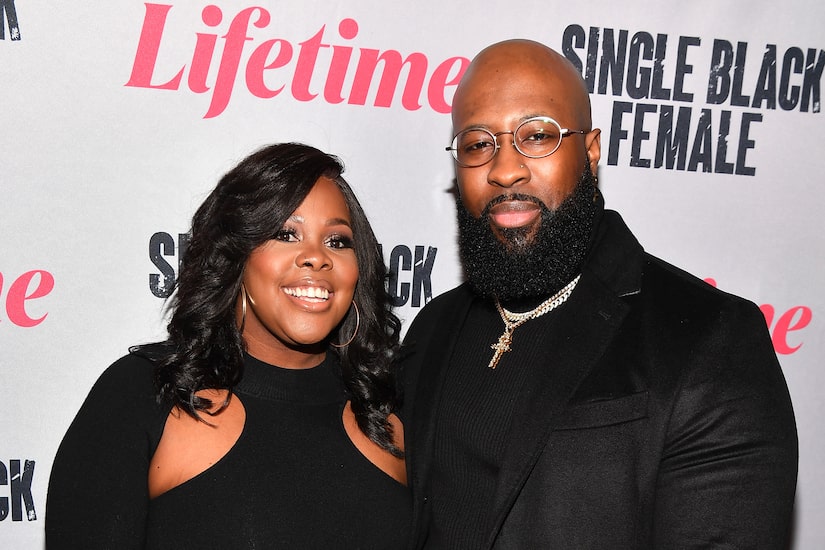 “Glee” star Amber Riley and her fiancé Desean Black have called off their engagement.

Riley’s rep confirmed the broken engagement to E! News, saying, “They ask for privacy during this time."

Last month, Riley sparked breakup rumors when she called herself a “single Black female” while promoting her Lifetime movie of the same name.

She noted that she became single recently and called their split “amicable.”

“I wish him the best,” Amber added. “I don't have anything horrible or bad to say."

Riley stressed the importance of taking care of herself. She said, “It's taken me a couple years to understand that choosing myself is not selfish.”

She went on, “Making those decisions to actively choose yourself has really helped me say, ‘Oh, God, I really don't feel like getting up that early tomorrow to work out but I have this, this and this to do in the afternoon and I need to get my mind right.' And that is, ‘Amber, you choosing yourself.'"

Amber broke the news on their engagement in November 2020.

At the time, she wrote in a now-deleted Instagram post, “There was a time when I thought I didn't want or deserve this kind of love. I'm looking at a man who changed my mind. My time by myself, loving on myself, getting comfortable with myself, prepared me for you, and prepared me for this." 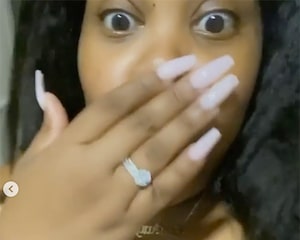 She gushed, “I am so proud to say, I am the future Mrs. Black. I love you @deseanblack_official and I thank you for your patience, your friendship, and your partnership! What God has joined together, let no man separate. #HappilyEngaged #Engaged #BlackLove."

A month later, Riley told “Extra” that they weren’t in any rush to get married. She said, “Right now, we’re just enjoying being engaged. We are in the middle of a pandemic so everything is up in the air, but I’d marry him in my backyard. I don’t really care. The only thing I need is the dress.”

Riley also dished on their holiday plans, saying, “He’ll be here for Christmas. He gets to celebrate with my family and my family loves him.”

They started dating after Riley sent a DM to Black on Instagram.