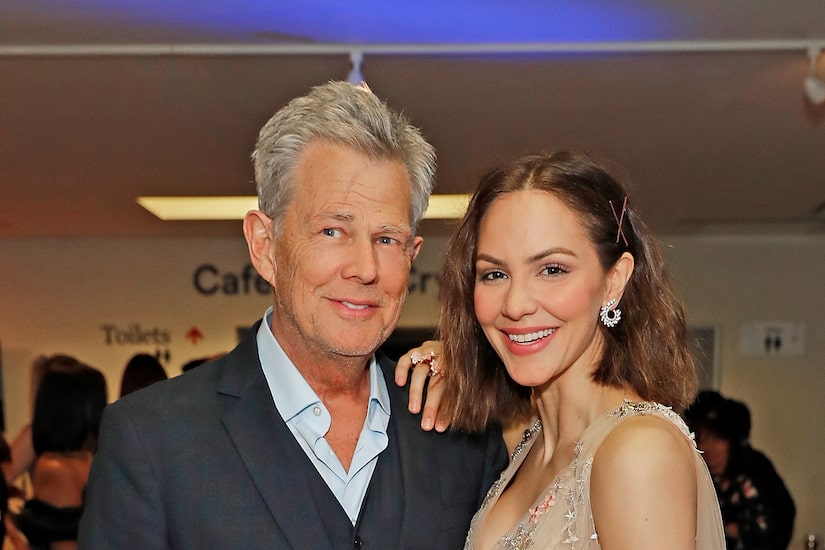 Katharine, who called herself “a retired recording artist,” recalled landing her first record deal with Clive. She said, “It was my first record deal that I ever, I mean, the first time I sat in an office with a bunch of record executives and he stared across the table and asked me… ‘Do you think you can sing the song?’ and he was always just so lovely to be around and made me feel comfortable.”

David also reflected on working with the late Whitney Houston and Clive on the soundtrack for “The Bodyguard.”

Foster commented, “It’s just like a hurricane, the storm, like everything, came together at that moment, you know, with Kevin [Costner] picking Whitney in the first place and Clive being involved and catching me at a good time in my life.”

Foster noted that he got to work with Houston in her prime when she was “peaking.”

The album included hits like “I Will Always Love You,” “I Have Nothing,” “Queen of the Night,” and “I’m Every Woman.”

Foster described Davis as a “beacon of light,” adding, “He’s just a pillar in the industry.”

She shared, “We’ll take Rennie out for lunch and dinner. We love just hanging out with him.