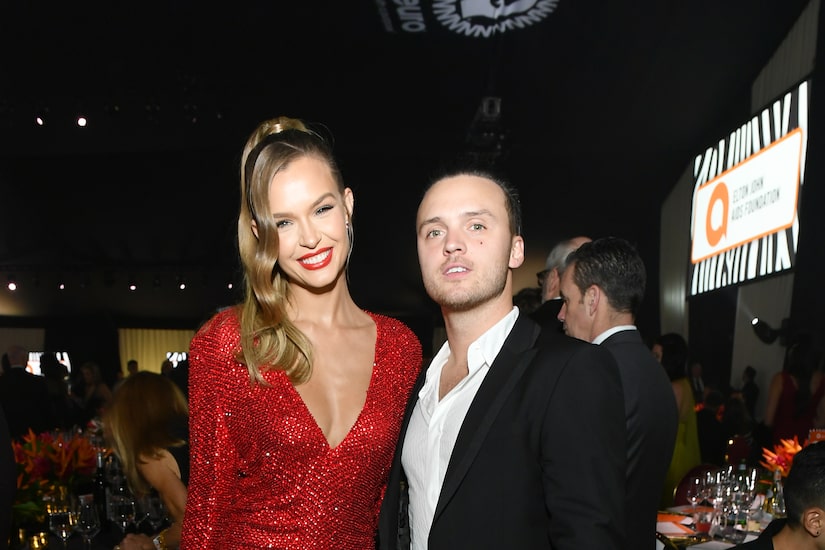 Victoria’s Secret model Josephine Skriver, 28, and The Cab singer Alexander DeLeon, 32, are taking the next step in their relationship!

It has been reported that Sara Sampaio and Jasmine Tookes were in attendance.

On Wednesday, the “happy” Josephine posted a pic of Cabo, writing on Instagram, “Cabo you will forever be very special to me. Can’t wait to share everything very soon 🤩 Never been this happy.”

Over the weekend, Josephine hinted at her special day, writing, “All white everything cause it’s wedding weekend @bohnes can’t wait to be your wife finally.”

Skriver also posted photos of herself from their “welcome white party.”

Nearly two months ago, DeLeon posted photos from their engagement. He wrote, “what a ride it’s been. you are the most loved. see you at the alter soon, my valentine. @josephineskriver ❤️❤️❤️.”

The two were originally planning to get married in 2020, but were forced to postpone, due to the COVID-19 pandemic.

She told People magazine, “It was a tough decision to make. When you wait for a moment your entire life and then have to postpone, it’s never easy. We debated it for weeks, trying everything we could to make it work. at the end of the day the safety of our friends and family was the most important.”

Josephine stressed, “People around the world are going through so much worse than a wedding postponement. It would be selfish of us to complain.”

During the pandemic, they were quarantining in Nashville, where they own a home.

While she didn’t share too much about her wedding plans, she hinted that it would be “magical.” She added, “I’m excited it’s already rolled out and ready to get set up. I think the one year move-back will give me time to really enjoy the process more. It was a lot more stressful than i thought and I’m excited to use this time to make it even more special.”

“We have been together for so long we basically feel married already so waiting another year is turning out to be okay for us,” Josephine commented. “It’s less about ‘getting married’ and more about celebrating our love with the people we love the most.”

Looks like they ended up waiting two more years before exchanging vows!

Alexander popped the question in November 2018 during a trip to Finland, where they saw the Northern Lights.

At the time, she gushed, “It was a cold November night. He had a bonfire built for me on top of the middle of a frozen lake deep in Scandinavia completed with the full moon shining on our backs and hot cocoa to keep us warm!?!? Like.. is he crazy?!???"

Along with calling Alexander the “love of my life,” she went on, “Sometimes in life you will meet that one person that makes everything make sense. A person that pushes you to be an even greater version of yourself. A person that makes you not just dream it.. but believe it! Believe in your own abilities to make anything happen!"

DeLeon proposed on the same day that his song “Aurora Borealis” was released. The song was inspired by their relationship. She wrote on Instagram, “Sometimes the universe just chooses to leave you speechless. When he got down on one knee and asked me to be his forever. I have never been more sure about anything in my life."

At the time, Alexander revealed that he wrote the song when they started falling for each other. He told People magazine, “I remember I was going through a dark time in my life, and out of nowhere came this beautiful woman. She was strong. She was kind. She was bright. I remember feeling like a million colors flashed through this sky of darkness I had been living under, and it was her. It was all her. She was all of the colors in that dark sky.”

“So what did I do? Like any artist or songwriter, I turned to my craft and wrote a song,” DeLeon shared. “Little did I know, years later, the day the song released would be the same day she said ‘Yes’ to marrying me and the same day both of us got to see aurora and the Northern Lights for the first time. That was completely the universe stepping in and wanting to give us a show for the ages.”

Josephine and Alexander have been together since 2013.