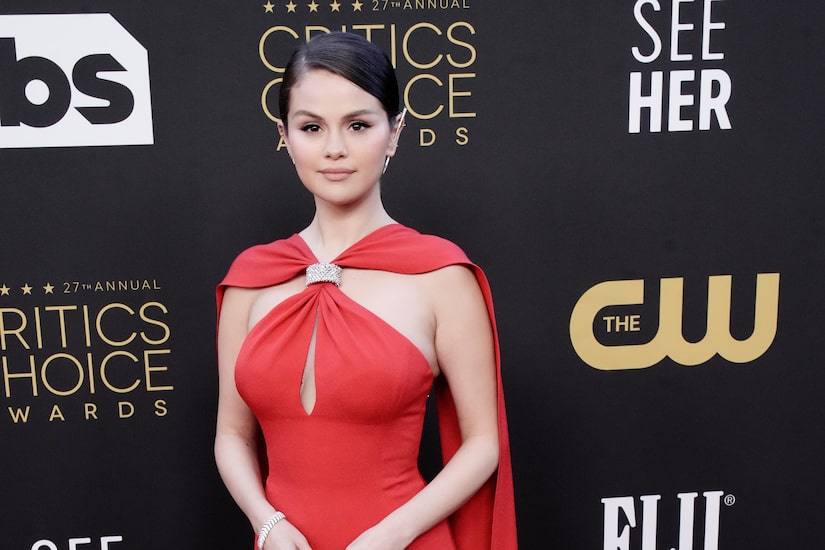 In 2020, Selena Gomez broke the news on her bipolar diagnosis.

Years later, Gomez is opening up on her life, calling the diagnosis “freeing.” During an interview with “Good Morning America” on Monday, she explained, “It made me really happy because I started to have a relationship with myself, and I think that’s the best part.”

Gomez wasn’t “scared” by her diagnosis. Instead of suffering from the disorder, she is living with it! She added, “It's just been really wonderful, but it's work and you do it every day."

Selena is doing “necessary things” to support her mental health. She revealed, “I see a therapist, and I actually have tons of books and little cards... I have tons of workbooks, like a nerd, but I love DBT, so dialectical behavior therapy is something I'm really passionate about. I have notebooks that kind of help me do that. I write music.”

Aside from music and therapy, she said she wanted to “turn it into something beautiful.”

In an interview with “Good Morning America,” Selena stressed, “I really want people to be understood and seen and heard.”

The company has been described as an “inclusive, fun, and easy place where people could come together to explore, discuss, and navigate their feelings."

Pierson pointed out, “Wondermind is not just for people who have a diagnosed mental illness — this is for anyone who has feelings. It's for anyone who ever feels sad, lonely, scared, anxious and we're really not labeling anybody."

Gomez is the “happiest” she’s ever been right now, and one of the big reasons could be her decision to stay off the Internet.

She shared, “I haven't been on the Internet in four and a half years. It has changed my life completely. I am happier, I am more present, I connect more with people. I understand how powerful the Internet is, and in so many ways it's done the best things for the world. But for me…  my news that is actually important I get through people in my life."

In 2016, Gomez was the most-followed person on Instagram. Nowadays, she helps her team curate her social media accounts, but she doesn’t personally manage it.

“And everything else I could care less, because it's not my business to care about people's other business,” she went on.

Selena also shared her thoughts on fame, saying, “Growing up in the spotlight has definitely taught me so much. I can’t believe that I’m where I am mentally, just because of how I took the necessary steps in order to kind of remove myself from that… because it’s just not normal.”

Gomez has achieved many accolades in her life, but she wants to be remembered for her caring nature. She said, “If I'm known for anything, I hope it's simply just for the way I care about people, and, you know, those days where I don't wanna get out of bed, if I had something like Wondermind, even if it — it took me a minute to get into it, it's just there. And there's something that's really comforting about that.”

Selena feels that her purpose is to raise awareness about mental health, something she has struggled with from time to time.

She commented, “I understand that feeling of having no one and… it's pure… it's just sadness —and I know what that feels like. And I still have days where sometimes I feel like that. It's just unfortunately part of it."

Gomez also expressed excitement about turning 30 in July. She dished, “I couldn’t be more thrilled to just step into this chapter — alone, independently, strong, confidently.”