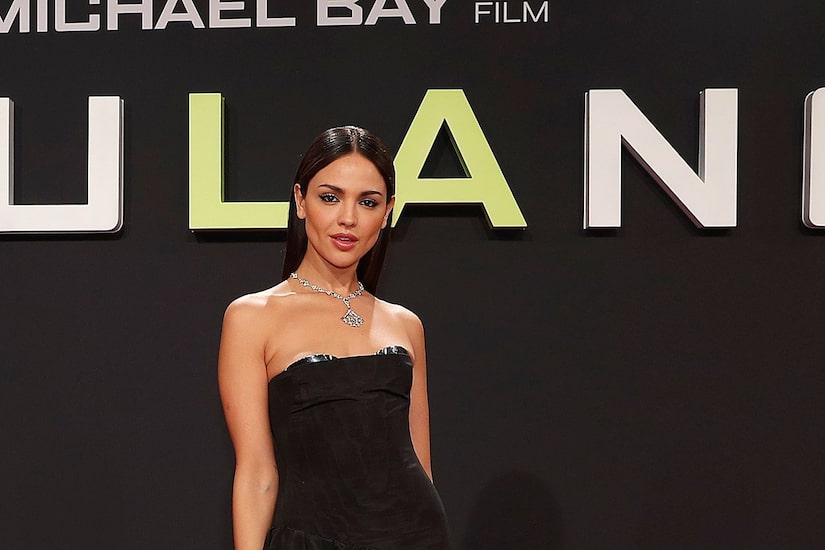 Eiza González was all dolled up for the Los Angeles premiere of her film “Ambulance.”

“Extra’s” Katie Krause spoke with Eiza, who was “so happy” to be celebrating her movie with best friend Rumer Willis.

Rumer’s famous dad Bruce Willis recently announced that he was stepping away from acting due to his aphasia diagnosis.

Of the Willis family, González shared, “I love them… Her entire family, you know, their legacy… I have so much respect, but health comes first and priority number one is always family, so the only thing we can do as friends is be there for them, support them, giving them all the love that we can and just hoping for the best.”

Eiza revealed that the family is “so optimistic” amid Bruce’s diagnosis.

On a lighter note, González is back to brunette after a brief stint as a blonde. As for what prompted her “icy blonde” transformation, she quipped, “It was a mix of things… I did some things that were fun and I kept it… I was really sad to go back to brunette. I love the blonde.”

Her look was so “shocking” that people didn’t even recognize her when she was taking a selfie with an “Ambulance” poster. She said, “People were seeing me and obviously didn’t connect that it was me because I didn’t look like myself.”

For her role in “Ambulance,” Eiza had to learn how to keep calm in lifesaving situations. She admitted, “I would never dare to do what a paramedic really does because they’re actual, real professionals…. If you’re hungover and you need an IV, I can run it on your arm. Maybe not legal, but I technically could do it.”

González also opened up about her favorite part about working with Michael Bay. She commented, “Just seeing Michael adapt to a new style of filming was exciting… Michael was used to having a lot of space as a director and he was very confined by this movie and that really pushes directors in a different direction… It really allowed him to focus on the performances and really care about developing deeply characters in that people could find them entertaining to watch.”

Eiza noted that the movie was done “with a lot of heart.”