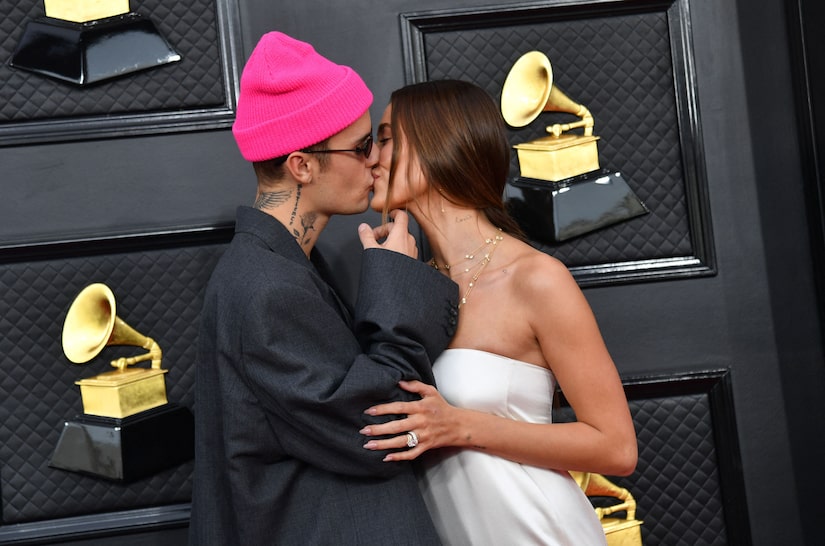 It was a total love fest on the Grammys red carpet!

On Sunday, Justin Bieber and his wife Hailey kissed in front of the cameras at the star-studded event, where he is nominated for eight Grammys.

For their date night, Hailey wore a Saint Laurent dress, while Justin sported a Balenciaga suit, pink beanie, and boots.

It was the pair’s first public event since Hailey’s health scare last month.

Two weeks ago, Hailey was hospitalized after suffering a blood clot in her brain.

Bieber then gave an update on his wife during his Denver concert, telling the crowd, “It’s kind of crazy how life randomly throws you curveballs. You can’t really control much.”

The singer continued, “Most of you probably know or have seen the news about my wife… but she’s okay, she’s good, she’s strong. It’s been scary, you know, it’s been really scary. But I know for a fact that God has her in the palms of his hands, and that’s a good thing.”

Justin and Hailey weren’t the only ones packing on the PDA… Kourtney Kardashian and her fiancé Travis Scott weren’t afraid to show some love, either!

The pair had cameras flashing with their tongue-wagging kiss while wearing coordinated outfits. Kardashian wore a black jumpsuit, while Barker opted for a black vest and pants. 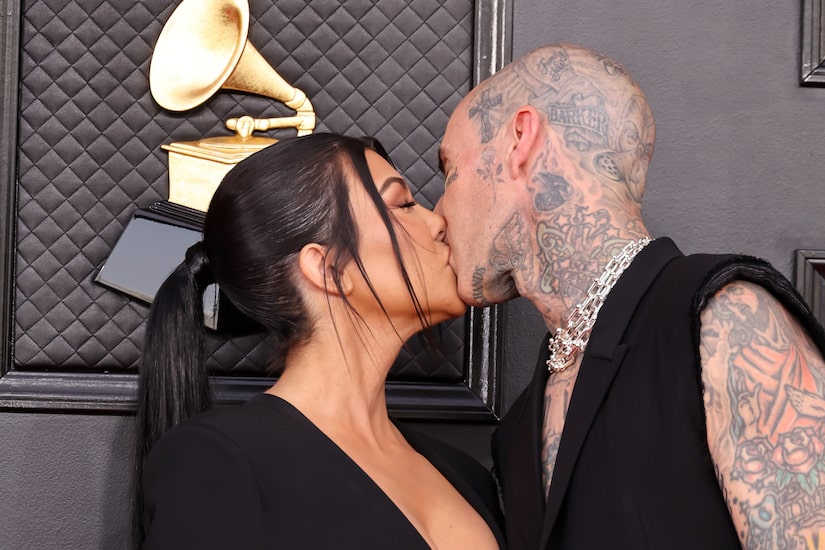 Kourtney and Travis have been known for packing on the PDA on social media, too!

Travis recently shared a photo of himself kissing Kourtney in Laguna Beach. He wrote, “Laguna with you forever.”

Addison Rae and her boyfriend Omer Fedi also heated it up with some tongue action on the Grammys red carpet!

Along with kissing, Omer licked Addison’s face for the cameras. 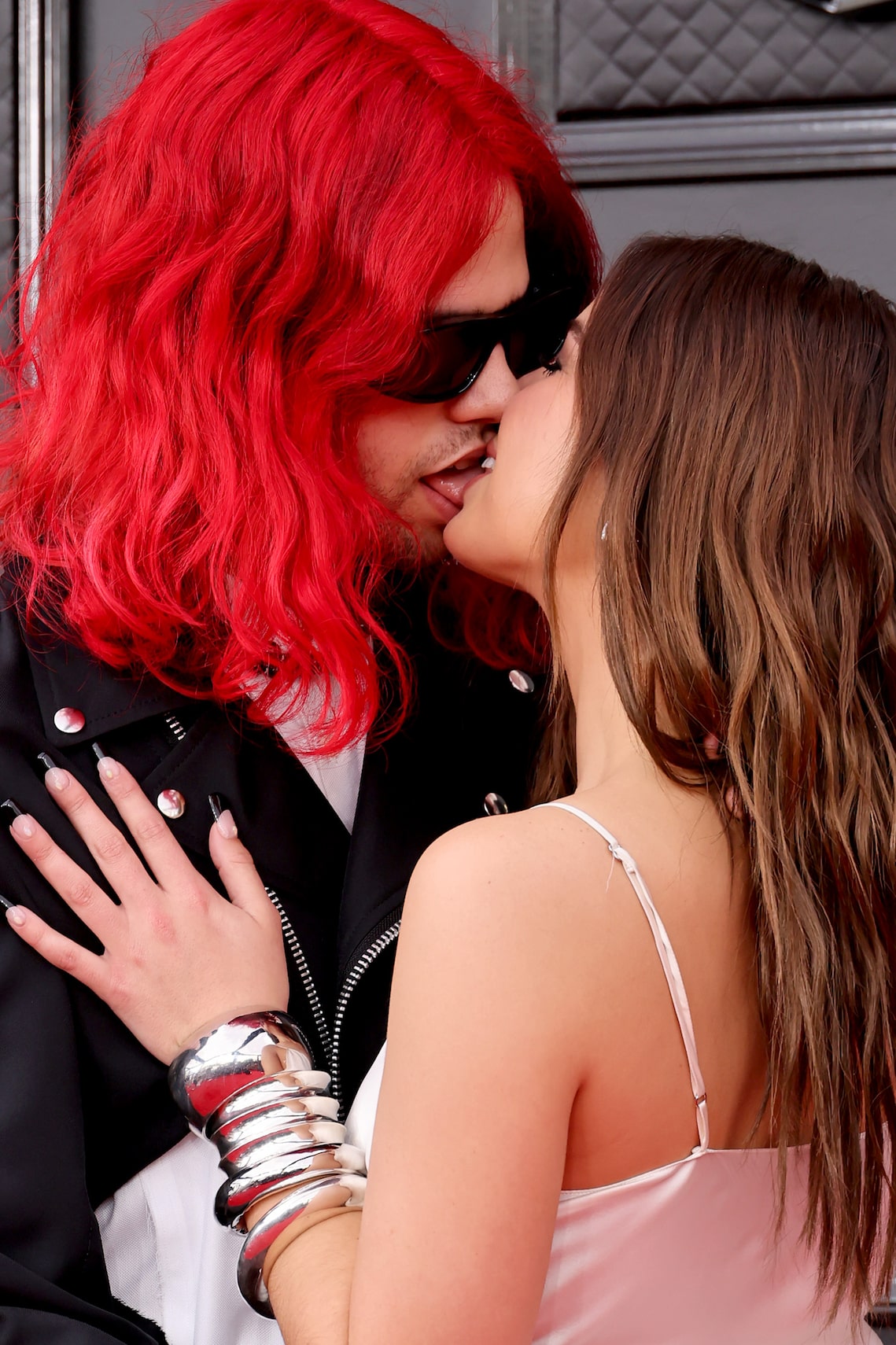 Omer was nominated for three awards. Addison wrote on Instagram, “My bfs nominated.”

Ben Platt and his boyfriend Noah Galvin also weren’t shy about PDA! Along with holding hands on the Grammys red carpet, they kissed for the cameras! 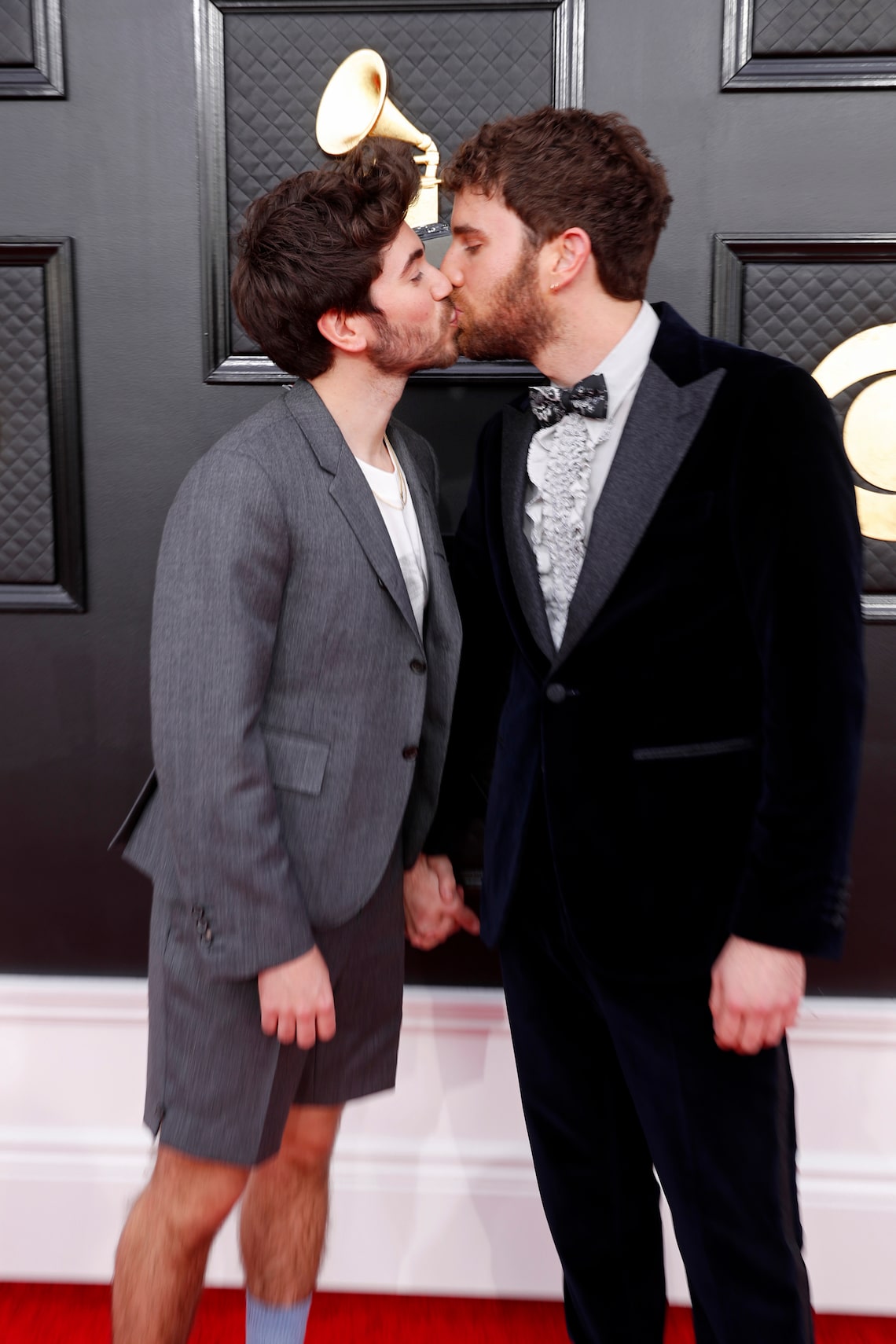 Ben is on hand to perform to a Grammys tribute to Stephen Sondheim.

The pair have been dating since spring of 2020.

During an interview with the “Little Known Facts” podcast, Galvin revealed the news. He said,  “I asked him this morning, I was like, 'Are we allowed to talk about  this?' And he's like, 'Don't go into our nitty-gritty, but yeah, people  can know.' It's still relatively new."

Both played the role of Evan Hansen, with Galvin taking over for Ben after his run on Broadway.

Plus, nominee and performer Brandi Carlile couldn’t keep her lips away from wife Catherine Shepherd! The pair have been married since 2012.

A few months ago, Carlile recalled the moment she fell in love with Shepherd during an interview with Howard Stern.

After seven months of being friends, things changed when Shepherd came to visit Carlile in Boston! She shared on his SiriusXM show, "One day, I just saw her... I knew that, you know, that nothing was going to be the same again." 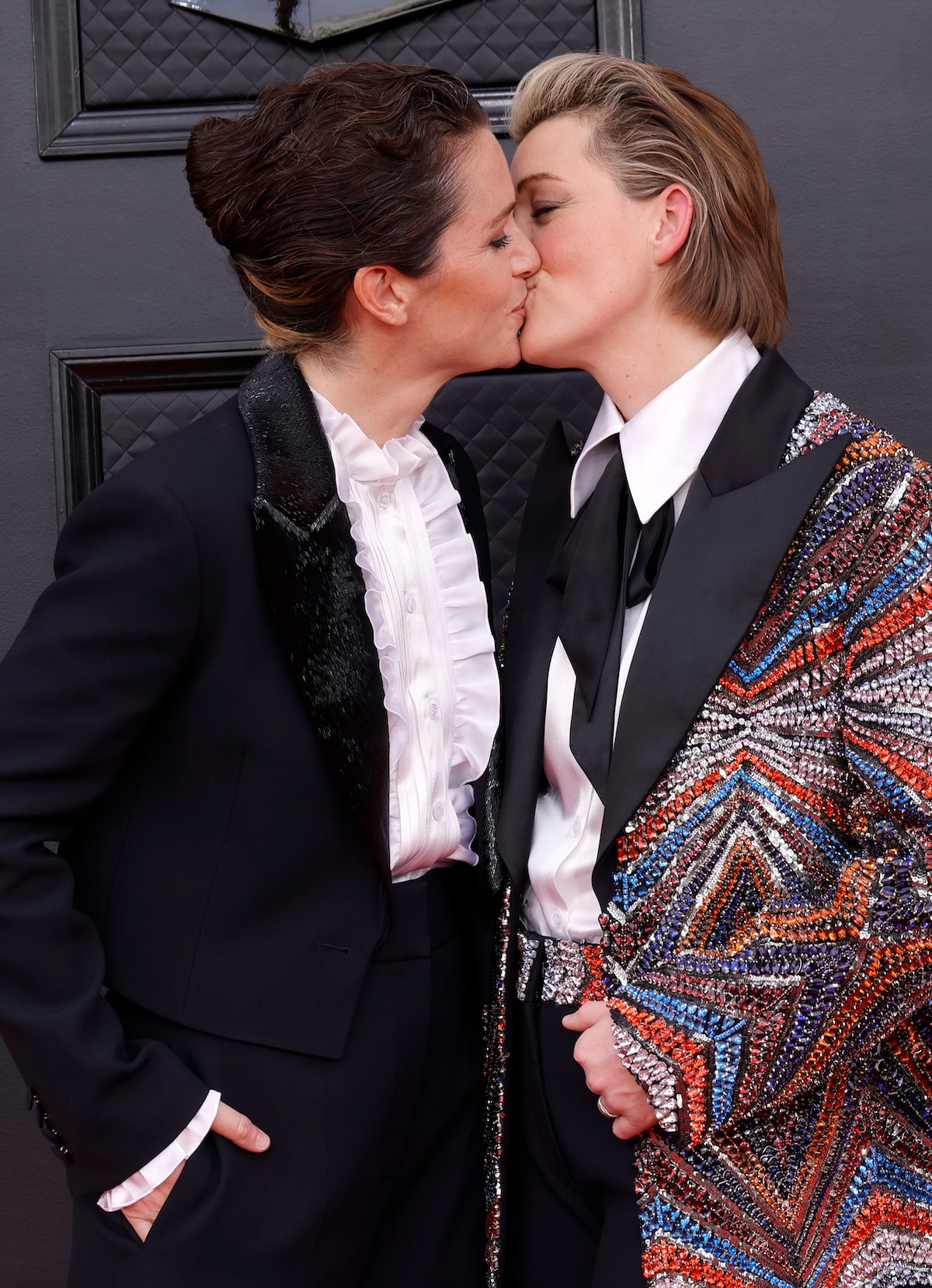