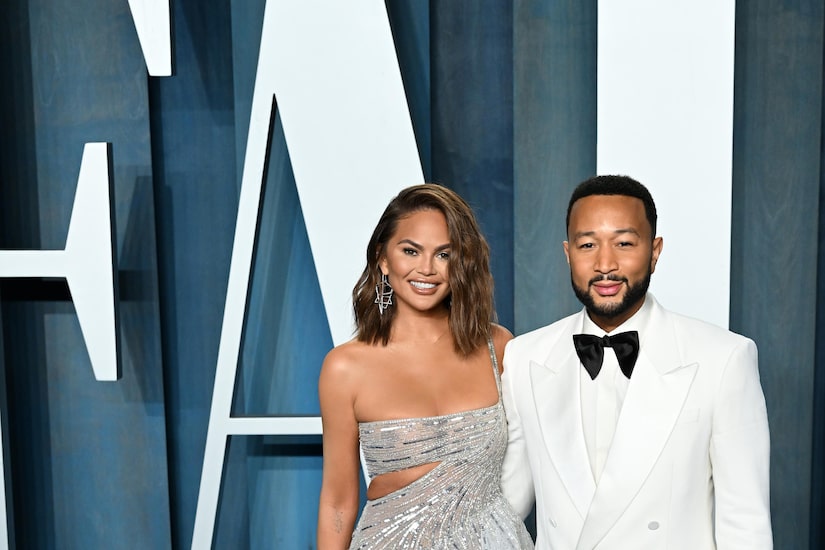 A few days ago, “Extra’s” Rachel Lindsay spoke with John at his Pandora x Ashley Home on Tour Concert at the Shrine Auditorium in Los Angeles, where he opened up about Chrissy’s journey to become pregnant again.

In 2020, they suffered the pregnancy loss of their son Jack.

Of their decision to be open about their pain and struggles, John said, “I think it’s easier to let people know, ‘cause then you don’t have to hide what you’re going through. It’s a real experience. A lot of families go through this and I think Chrissy has gone a good job of demystifying and destigmatizing a lot of things that people might have been ashamed to share before.”

“She talked about us losing a pregnancy that was difficult for us to share, but it meant so much,” John went on. “People come up to us all the time and thanking us for that. So many lose a pregnancy, so many women have fertility struggles and they know they are not alone.”

Noting that not everything is easy, John brought attention to connection, saying, “There are a lot of things that we all share in common, we try to share those things with our audience, we all feel core-connected.”

John and Chrissy are parents to daughter Luna and son Miles, who is already showing his athletic side!

Miles is getting into T-ball! While John doesn’t play baseball much, he shared, “We practice in the backyard… I’m able to teach him the things he needs to know.”

John noted that they have football players and basketball players in the family, so it won’t be too surprising if Miles branches out! He quipped, “Athleticism skipped me.”

Legend might not be gifted with sports, but his singing and musical talents have brought him loads of fame!

John was planning to showcase his talents with a performance at The Shrine. Legend dished, "It’s intimate tonight. It’s all about me on the piano. Me and the audience. Just us together. I just want to vibe. I love feeling the energy of the crowd and feeling like we make a connection. I bring they joy and they bring me some joy too.”

Legend is also prepping for a new Las Vegas residency “Love in Las Vegas,” which is kicking off next month at the Planet Hollywood Resort & Casino. He said, “It’s kind of a signature moment in my life and honoring the entire journey I’ve been on.”

Legend “can’t wait” to do the residency, which will go from April-October.

The dates will be “spread out,” with his family most likely joining “a lot.”