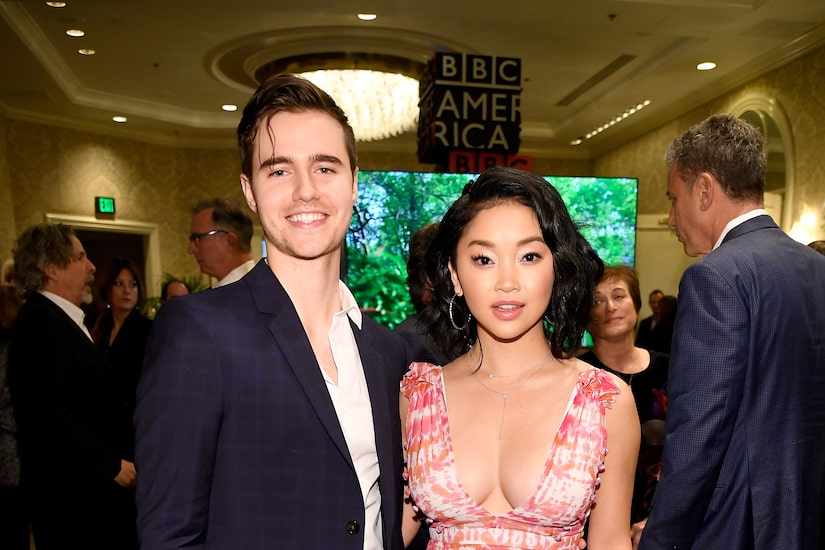 Lana Condor got engaged in January… and she already has an idea of what she wants in her wedding!

“Extra’s” Katie Krause spoke with Lana, who revealed what she has in mind for her upcoming wedding to Anthony De La Torre.

Along with flashing her engagement ring, Lana noted that Anthony worked with a “Vietnamese jeweler” on the sparkler. She added, “I’m a Vietnamese woman, and that meant a lot to me.”

Gushing about her man, Lana said, “He’s the best — he puts everyone to shame.”

As for calling Anthony her fiancé, Condor commented, “I kinda feel a little, like, posh… I think people might be annoyed by it, but I plan to be a fiancée one time and one time only, so I’m gonna, like, fully just commit.”

The pair are already planning their wedding. Calling it a “fun” experience so far, Lana revealed that she wants her dogs to be part of their nuptials. She said, “I’m planning to have Emmy and Timmy be the ring bearer and the flower girl. My thought is I’m gonna have whoever is [marrying] us. I’m like, ‘You’re gonna have a steak and you’re gonna put the steak in your pocket… have the smell wafting down the aisle.”

Condor is in the middle of promoting her new movie “Moonshot” with co-star Cole Sprouse.

Calling it a “joyful” set, Lana commented, “I think that when you do get a cast that works very well together. It is truly such a joy and makes a huge difference in your work environment. We had a lot of fun.”

Cole added, “I think most of our days were spent laughing at whatever improv was coming up, off the top of people's minds, and I think we laughed enough to extend our lifespan like three or four years.”

Lana recalled meeting Cole for the first time at a magazine shoot. She said, “He photographed me for, I believe, The Wall Street Journal… One of the things that you had all the models do was scream… it was pushing me way out of my comfort level, but it was cool.”

As for their zero-gravity scenes, Lana and Cole had “different” experiences. While Lana enjoyed “going up and down,” Cole explained why it was more “painful” for him, saying, “The harness rests in some areas… that I would prefer that it didn’t… When you're dangling, you know, for four to five hours from a very particular area, eventually, you go, ‘This is doing some long-term damage.’”