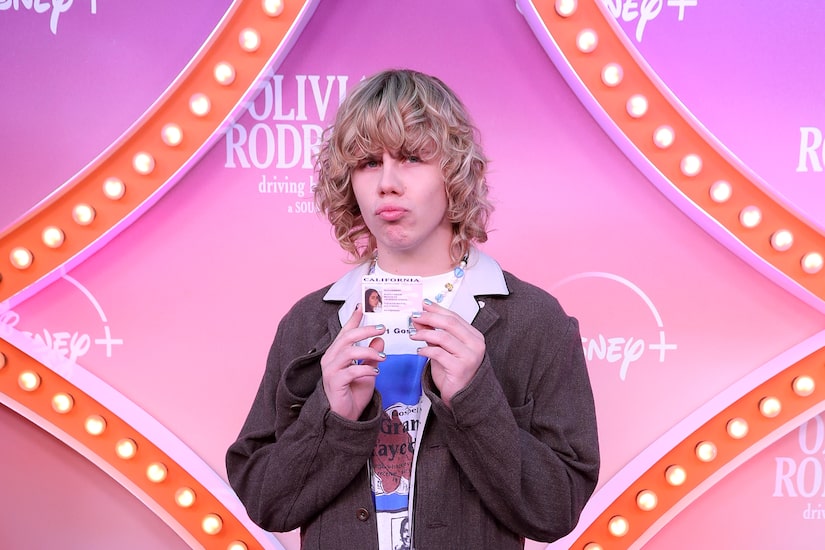 “Extra’s” Katie Krause spoke with The Kid Laroi at the premiere of Olivia Rodrigo’s new Disney+ film “Driving Home 2 U,” discussing a possible collaboration in the future.

Laroi would “be down” for a collaboration with Olivia, saying, “I don’t know, maybe, ask her.”

The Kid Laroi praised Rodrigo for her “incredible” songwriting, saying, “I think she’s a really honest songwriter, which is something that I admire a lot.”

The Kid Laroi is on cloud nine with his hit song “Stay” with Justin Bieber. Is he feeling some pressure because of the massive success? He answered, “I guess, I’ll just do whatever feels right.”

Laroi planned on going back to the studio after the premiere so he could “finish the album” and “make sure everything’s ready to go.”

Without sharing too much on the sound of the album, The Kid Laroi said, “You’ll have to wait and see.”