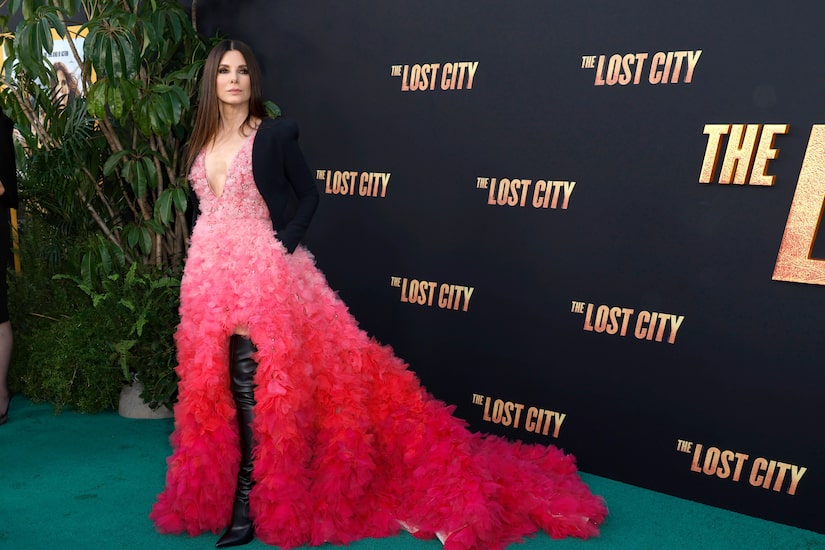 “Extra’s” Jenn Lahmers spoke with Sandra Bullock at the Los Angeles premiere of “The Lost City, where she opened up about her first conversation with co-star Channing Tatum, which took place in a principal’s office.

Turns out their kids had gotten into a fight.

She commented, “We were talked to by the headmaster of a preschool. Mind you… she’s, you know, someone [who] has a very kind voice, she’s like… ‘We have an issue.’”

“You’re like, ‘I’m so sorry.’ Look, I don’t like making the calls apologizing for something my kid did, even though you’re kind of hoping that your kid won,” Bullock continued. “They were evenly matched and they love each other a lot now. They really do.”

Bullock was joined at the premiere by her kids. She said, “It feels like a coming-out party… We all have figured out how to do this safely, how to have fun in a communal experience… I’m excited the kids will be here… The kids’ first foray back into the theaters.”

Sandra also dished on making the film in the jungle in the Dominican Republic, saying, “Everyone was really game, everyone sort of just sucked it up… We were so happy to be outside, we didn’t care that we were all sweaty and smelly. We were just happy to be somewhere other than your living room.” 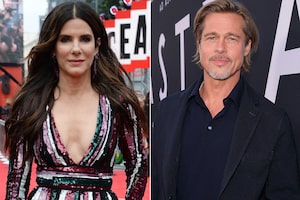 How Sandra Bullock Got Brad Pitt to Join ‘The Lost City’ 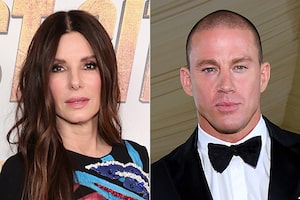